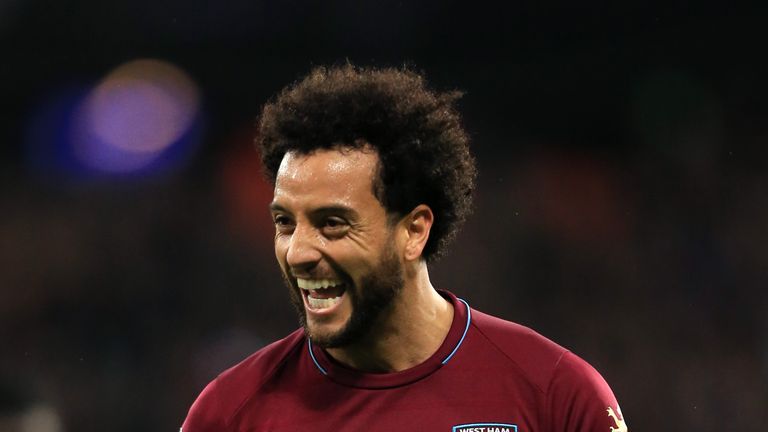 West Ham have no intention of allowing Felipe Anderson to leave the club this summer, Sky Sports News understands.

The Hammers broke their transfer record last summer to sign Anderson from Serie A side Lazio, spending an initial £35m.

Sky Sports News revealed in March that Real Madrid were planning to move for the Brazil international should they fail to land their number one target Eden Hazard.

But it is understood West Ham co-owner David Sullivan will not entertain the possibility of selling the £70m-rated playmaker ahead of next season. The 25-year-old has so far enjoyed a productive debut season in England, scoring nine goals and providing four assists in 37 matches in all competitions.

Anderson is understood to be happy with life at West Ham and not seeking a move away from the club.

West Ham are also in a strong position, with Anderson tied down to the club for a further three years and the Hammers holding the option to extend the existing contract for a further year.