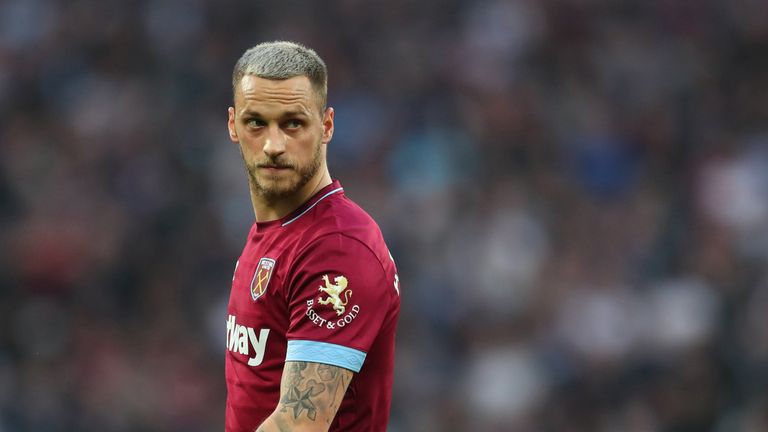 West Ham are running out of patience with Marko Arnautovic after his brother accused the club of treating the player like a "commodity", Sky Sports News understands.

The club were surprised by comments made exclusively to Sky Sports News by Arnautovic's brother, Danijel, in which he claimed West Ham were "using" the player.

"He's not a cow or a horse which you bring to market," he told Sky Sports News. "He's a highly talented footballer who is simply being used by West Ham. He's just a number to them.

Arnautovic signed a contract extension in January which saw his wages rise by 20 per cent to £120,000 a week.

That deal had a £40m release clause which expired on June 14, and was not activated by any club.

But Arnautovic, 30, is determined to leave east London during this summer's transfer window.

A sell-on clause means Arnautovic's former club, Stoke, will be due 20 per cent of any fee above £20m.

He is due to return to training with rest of squad in Switzerland on Monday.