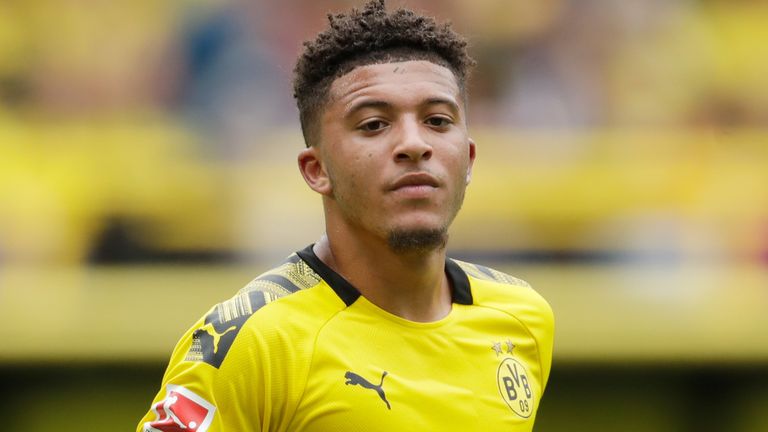 After a fortnight off, club football made a welcome return to the calendar this weekend with transfer rumours filling the sports pages.

Dani Ceballos, who is on a season-long loan at Arsenal from Real Madrid, has held talks with Los Blancos president Florentino Perez about the prospect of making the move permanent. (El Desmarque)

Barcelona and Manchester City are both keeping an eye on Anderlecht's 19-year-old midfielder Albert Sambi Lokonga who has also attracted interest from Sevilla. (Marca)

Real coach Zidane held talks with midfielder Isco during the international break, asking the 27-year-old to be patient in his wait for first-team action. The Spanish international remains part of Zidane's plans but has been linked with Tottenham Hotspur this week. (El Confidencial)

Napoli president Aurelio De Laurentiis says 'there will come a time' with the Neapolitan club have to sell centre-back Kalidou Koulibaly. The 28-year-old has been linked with Manchester United and Barcelona. (Sky in Italy)

LA Galaxy forward Zlatan Ibrahimovic, 38, has hinted he could return to Italy - where he has played for Juventus, Inter and Milan - when his contract in LA expires. "I enjoyed the documentary dedicated to Maradona, no one is like him," the Swede said. "Seeing the love of that city would almost make me want to try an experience at Napoli. it would be fantastic to replicate what Diego did.

"I'm not saying that I will go there, the final decision will depend on several factors, but that is a team that creates enthusiasm." (Gazzetta dello Sport)

Bayern Munich coach Niko Kovac confirmed defender Niklas Sule damaged his ACL ten minutes into Saturday's 2-2 draw with Augsburg, saying afterwards: "What I have now heard is that the ACL is damaged. We have to see to what extent other areas of the knee have also been injured." (BILD)

However, Zorc confirmed Sancho will return for BVB's midweek Champions League tie against Internazionale. "It's an awkward situation but, after weighing up all the factors, we decided not to include him in this game. Sancho is a good boy but he grew up fast and needs to learn a few more things," Zorc explained. (Kicker)

Paris Saint-Germain will look to take advantage of AC Milan's reported €146m (£125m) debt by upping their efforts to sign goalkeeper Gianluigi Donnarumma. Les Parisiens want a world-class stopper as their long-term No.1 even after signing Keylor Navas from Real Madrid this summer. (L'Equipe)

PSG defender Thomas Meunier, who has already been linked with several Premier League clubs, says he will consider a move abroad if he leaves Paris at the end of his contract next summer. "I have already discussed it with my wife. My job fills the fridge, but it takes a family setting. The adventure always tempts me, but you have to think about the family." (Le10Sport)