Bailey could be available for fee between £20m and £30m; Scouts from Man City, Liverpool, Man Utd and Everton attending Bayer Leverkusen vs Bayern Munich on Saturday 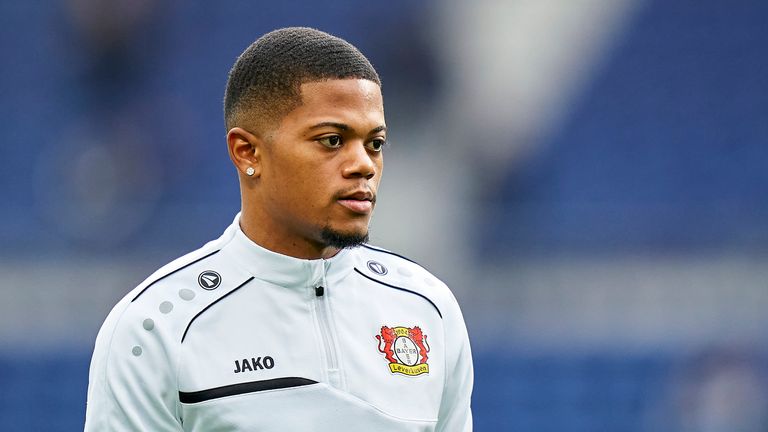 Leon Bailey is keen on a move to the Premier League

Bayer Leverkusen winger Leon Bailey is keen on a move to the Premier League this summer and could be available for a fee of between £20m and £30m.

The 22-year old has three years left on his current deal at Leverkusen but wants to play in England and is working with Raheem Sterling's agents, Colossal Sports Management, to boost his chances of a deal.

Leverkusen were expected to demand up to £60m for Bailey this summer, but due to the effect on market prices caused by the Covid-19 pandemic, he could be available for less than half of that amount.

Bailey will have a chance to impress scouts from Manchester City, Liverpool, Manchester United and Everton on Saturday, who will all be in attendance when Leverkusen take on Bayern Munich in the DFB Cup Final in Berlin.

Saturday's opponents Bayern came close to agreeing a £55m move for Bailey back in 2018.

The Jamaica international joined Leverkusen from Belgian side Genk for £12.5m in January 2017 and has since scored 19 goals in 89 Bundesliga appearances, including five so far this season.

Bailey, who has been timed as the quickest player in the Bundesliga, has been the subject of "concrete interest" from the Premier League in the past and now feels the time is right to make the move.

The Kingston-born player was eligible to play for England due to two of his grandparents holding British passports and was being monitored by England boss Gareth Southgate before ultimately opting to represent his native Jamaica. He made his debut for Jamaica against Honduras in June 2019.