Krystsina Tsimanouskaya plans to seek political asylum in Poland after alleging her team's officials tried to force her to fly home from the Tokyo Olympics; Polish deputy foreign minister Marcin Przydacz says Tsimanouskaya has been granted a humanitarian visa The Belarusian Olympian who refused to get on a flight from Tokyo after she said she was taken to an airport against her will has been granted a humanitarian visa by Poland.

Krystsina Tsimanouskaya plans to seek political asylum in Poland after alleging her team's officials tried to force her to fly home, where she feared she would not be safe from an autocratic government.

He added: "Poland will do whatever is necessary to help [Krystsina Tsimanouskaya] to continue her sporting career. Poland always stands for solidarity."

Kryscina Tsimanouskaya a Belarusian athlet is already in direct contact with Polish diplomats in Tokyo. She has received a humanitarian Visa. Poland will do whatever is necessary to help her to continue her sporting career. 🇵🇱 always stands for Solidarity.

Tsimanouskaya, who spent Sunday night in a hotel after seeking the protection of Japanese police at Haneda airport, arrived at the Polish embassy in Tokyo on Monday morning.

Her arrival at the embassy comes after France's European affairs minister said it would be an "honour" if Europe were to grant her political asylum.

The International Olympic Committee (IOC) said she was "safe and secure" and being looked after, and has started an official inquiry into what happened.

The IOC has also begun discussions with the Polish Olympic committee about the resumption of Tsimanouskaya's sporting career upon her possible arrival in Warsaw. 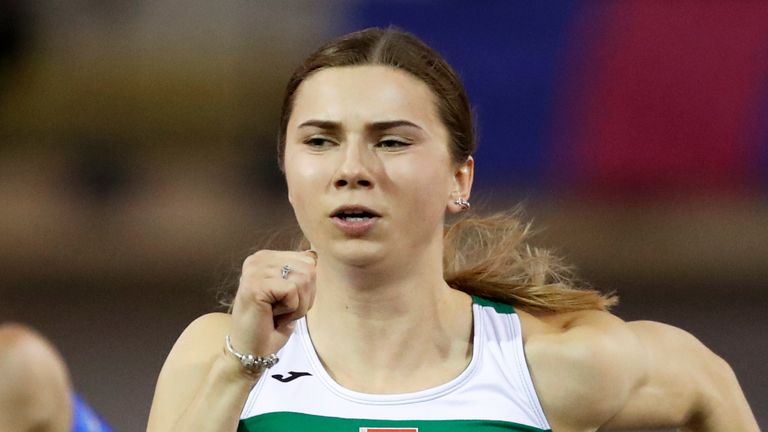 Tsimanouskaya had been due to compete in the women's 200m and the 4x400 metres relay at the Tokyo Olympics this week, but she criticised team officials on her Instagram account, saying she was put in the relay despite never having raced in the event before.

In a message on social media, Tsimanouskaya said: "I was put under pressure and [Belarus team officials] are trying to forcibly take me out of the country without my consent."

In a statement on its Facebook page, the Belarus Olympic Committee said Tsimanouskaya was removed from the Games because of her "emotional and psychological state".

It said: "According to doctors, due to the emotional and psychological state of the Belarusian athlete Krystsina Tsimanouskaya, the coaching staff of the national athletics team decided to stop the performance of the athlete at the XXXII Olympics.

"Consequently, the athlete's application for participation in qualifying races at 200m and in the 4x400m relay was recalled."