NBA: Which players produced for their team in week three of the season?

Every Monday, we look back over the last seven days of NBA action and identify the five players who made the biggest difference for their team.

Russell Westbrook said on October 26 there was no need to panic. The Thunder had just lost 101-95 to the Boston Celtics to fall 0-4, but Westbrook, having missed the first two games of the season following knee surgery in the off-season, said this latest defeat was on him.

Crucially, he added: "We're OK. We'll be alright and I will make sure of that." 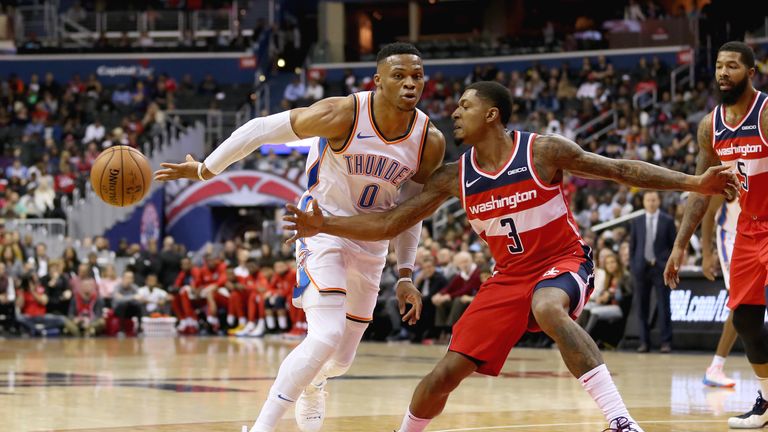 Ten days later and the 29-year-old has been good to his word. The Thunder have won four straight, beating the Clippers, Hornets and Wizards in the last seven days by a combined score of 45 points, but it's Westbrook's numbers that stand out.

Notorious for his poor shot-selection, he seems to have figured it out, averaging 28 points and a league-leading 10 assists in those three wins with a 53.9 per cent shooting percentage. He's also grabbed 15 rebounds in that run.

Time will tell if this improvement will last, but for now he and the Thunder are climbing the West towards where many expected them to be before the start of the season.

If you're going to engage in a prolonged online war of words with Andre Drummond, you need to make sure you can back it up on court.

After all, Drummond isn't exactly slumping. The Detroit Pistons star has 44 rebounds from his three games in the last seven days, but that is second in the league to a certain Joel Embiid (62), albeit the 76ers man has been busy, playing five games in that time.

The two went head to head on Saturday, with Embiid scoring 39 points and grabbing 17 rebounds - a result which prompted the 24-year-old to take to Twitter and continue his beef with Drummond. Embiid is not just getting it over on Drummond, but pretty much the rest of the league too.

His five games mean it is no surprise he is the league's top point-scorer in that time with 137 points, but that's still an average of 27.5 and after he was restricted to just 10 after being double-teamed by Atlanta at the start of the week.

Add his 12.4 rebounds per game over that period and he became the first 76ser since Wilt Chamberlain in 1965 to post 296 points and 124 rebounds within the first 10 games of the season.

Those MVP chants around the Wells Fargo Center would appear warranted.

Joel Embiid may be bragging about virtual real estate, but not content with owning his opponents on the court, Giannis Antetokounmpo is investing in solid bricks and mortar, with reports in the last week that the Greek Freak has bought a $1.8m mansion in River Hills on the outskirts of Milwaukee.

His investment may end up looking modest if he continues the form he has shown in the early weeks. 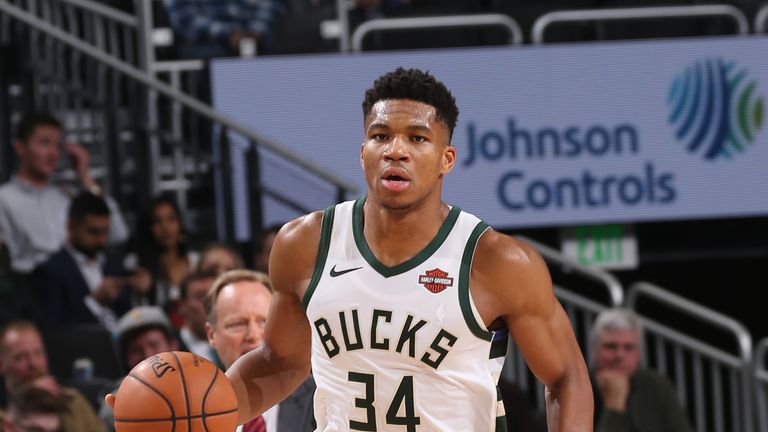 Sunday night saw him post his second triple-double of the young season, with 26 points, 15 rebounds and 11 assists in the Bucks' 144-109 victory over the Sacramento Kings.

That followed a 33-point, 11-rebound night against Boston on Thursday - Milwaukee's first defeat of the season - but the cold numbers don't really do the 23-year-old justice.

Just witness the dunk clinic he put on against the Kings, and then his smile which betrays a quiet confidence that he knows he already belongs among the best.

Serge Ibaka got the headlines on Sunday in Toronto's 121-107 win over the LA Lakers. Kawhi Leonard claimed the plaudits for the 107-98 win against the Phoenix Suns. On the second line of both reports - Kyle Lowry.

Flying under the radar has been a common theme since Lowry joined the Raptors from the Rockets in 2012, but he continues to be the most important part of the team and his work this week has helped Toronto climb to the top of the East. 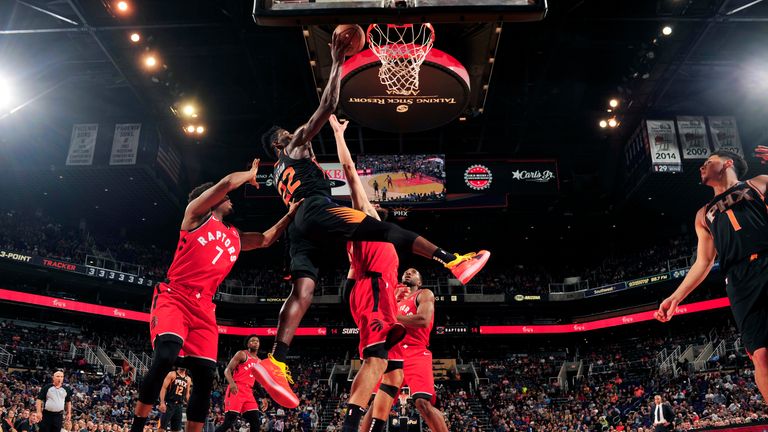 In four games over the last seven days, he has a staggering 54 assists at 13.5 per game. His 15 in the coast past the Lakers on Sunday night saw him set a team record of eight straight games with 10 or more assists.

He added 21 points, by the way - his seventh double-double of the season after just 10 games.

There may have been tension with the franchise in the past over the trade which saw his friend DeMar DeRozan traded to the Spurs, but he looks settled and ready to help the fancied Raptors realise their potential.

Denver have won four straight, are 8-1 and off to their best start since 1976. A large part of that has been center Nikola Jokic, who leads the team in assists and rebounds and is second only to Gary Harris in points per game.

And it is not just his own team and fans that appreciate the 23-year-old Serb. 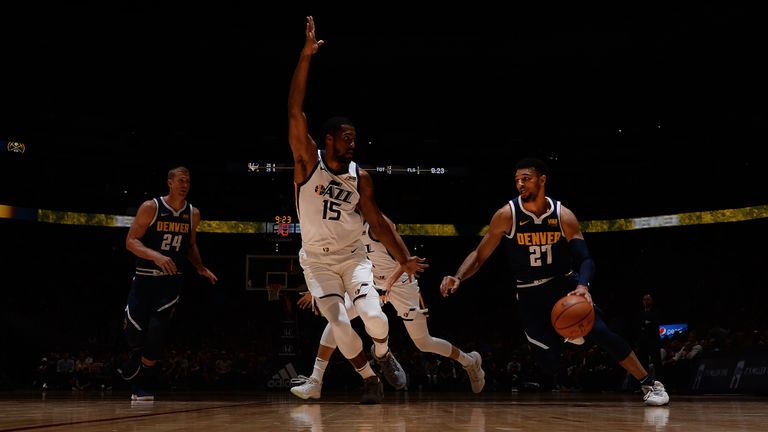 Utah Jazz coach Quin Snyder suggested he was the best passer in the league - and that was before he sliced his team open with 16 assists in Saturday's stroll past the Jazz.

"That's one way I can affect the game, if that gives us a win, I'm gonna do that. The most important thing is the win," he said.

He has 38 assists over the seven days and Denver's four wins. He is the heartbeat of this team.