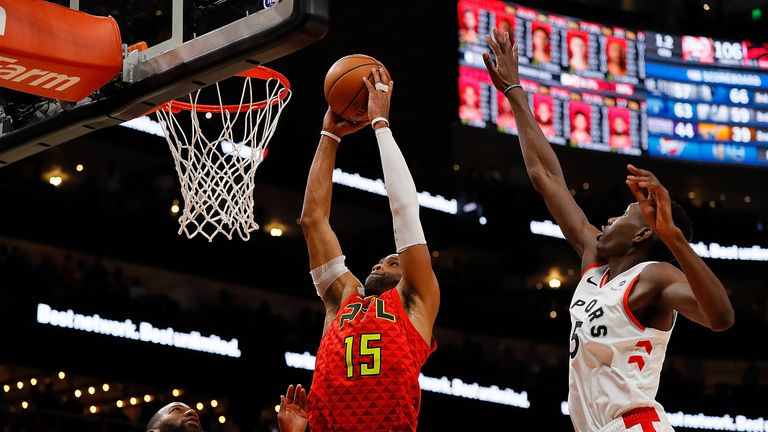 Atlanta Hawks veteran Vince Carter reached 25,000 NBA career points with a dunk during a loss to the Toronto Raptors on Wednesday.

The 41-year-old became the 22nd player in NBA history to reach the landmark as he rose above the rim in the final seconds of the Hawks 124-108 home loss to his former team.

Carter spent the first six years of his pro career with the Raptors, earning Rookie of the Year honours in 1999 and the first of his eight All-Star selections a year later.

With the Raptors already assured of victory, Carter took advantage of some lax defensive play in the closing moments to explode to the basket.

The athletic nature of the play triggered memories of Carter's "Vinsanity" days in Toronto, during which he won the NBA's All-Star Weekend dunk contest in 2000.