Savannah Marshall on Claressa Shields ahead of legacy fight: 'I've got the power to knock anyone out' 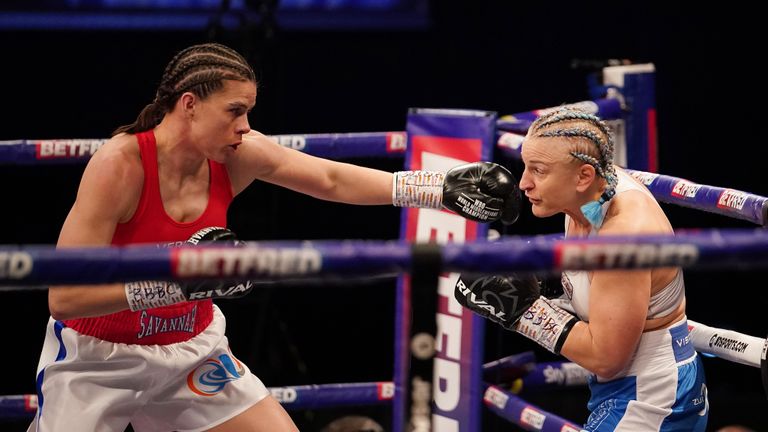 Check out this clinical KO by Savannah Marshall

Savannah Marshall expects the biggest women's boxing match of all time against Claressa Shields to happen next year and has warned her rival: "Nobody's safe!"

WBO middleweight champion Marshall must first preserve her reign and her unbeaten record against Lolita Muzeya on Saturday in Newcastle, live on Sky Sports Main Event and Arena at 7.30pm.

Victory would inch her closer to settling a long-held score with feted US star Shields - both fighters have signed with promoters BOXXER to agree their anticipated fight.

Is @Savmarshall1 the hardest hitting female in the world? @hughiefury agrees 🤜⚡

"I've got the power to knock anyone out if I land correctly and I time it," Marshall said. "Nobody's safe."

Her trainer Peter Fury added: "Savannah is the biggest puncher but can also box - and you don't find that in women's boxing. I don't see it. She is a fabulous talent.

"I've not seen anyone in the women's divisions, at any weight, who can touch Savannah on power.

"She has got serious power but we don't rely on it. A big punch will only take you so far. Luckily in Savannah we've got a flowing, elite boxer." 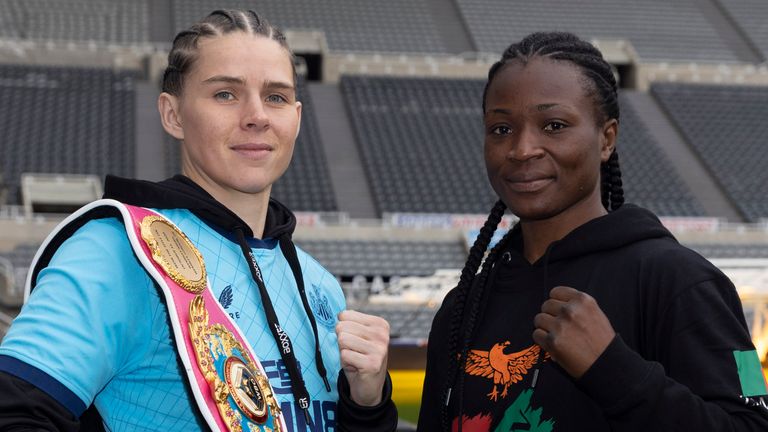 Marshall insisted the clash with Shields will be the pinnacle of female boxing: "Definitely. Especially at the higher weights.

"People talk about Katie Taylor vs Amanda Serrano or Taylor vs Chantelle Cameron.

"But at the higher weights it's me and Claressa.

"It's about being the best. I want to be the best at my weight and the weights around."

"𝐈 𝐏𝐔𝐋𝐕𝐄𝐑𝐈𝐒𝐄𝐃 𝐇𝐄𝐑 𝐈𝐍 𝐒𝐏𝐀𝐑𝐑𝐈𝐍𝐆"😫@Claressashields says she "whupped" @Savmarshall1 for 4 rounds in 2016... but is there another side to the story?🤔

Her glory-filled career has just a single blemish - an amateur loss to Marshall in 2012.

Marshall said: "She calls herself the 'GWOAT' [the Greatest Woman of All-Time] but that's for other people to call her.

Peter Fury said: "I don't see any reason why that fight can't happen next year.

"We're with the same promotional company so there's nothing to get in the way.

"I don't look too far ahead but that fight will happen."

Marshall's focus is first on retaining her world title on Saturday night: "I've got to get past Lolita. I can't see past what is front of me.

"Lolita will bring a tough night for me.

"I'd be a fool to bypass her - she's unbeaten, she doesn't know what it's like to lose. She's my No 1 priority at the moment."

Shields has previously disputed that Marshall packs a more powerful punch: "I can knock out Marshall, and she knows that too. She knows I punch very hard and I'm way faster.

"Savannah has this thing, which her coaches know about too, she is either 'on' or 'off'. She has to be at 300 per cent to even compete with me. She can't afford a bad night.

"If she's 'on'? You will see a competitive fight in the early rounds then I will break her down.

"She's smarter than me? We were at both Olympics together and she didn't medal but guess who got two gold medals!"

What happened in sparring?

"The sparring session was simple. I had my hands down the entire time. She could not land a punch on me..."@Savmarshall1 @Claressashields

Marshall and Shields have revealed contrasting accounts of a sparring session in 2016, four years after their amateur fight.

"I pulverised her for four rounds," Shields claimed.

Marshall insisted: "She threw about 10 shots in the whole four rounds and that was it. Can you batter someone with just 10 shots?"