The hard-hitting Argentine had been absent from the ring since his second points defeat to Floyd Mayweather in September 2014 and revealed his decision to quit the sport in a statement.

Maidana, who held versions of the world title at super-lightweight and welterweight, was involved in a number of exciting fights during his career, which featured 35 wins and five defeats.

'El Chino' burst onto the world scene with an upset stoppage win over Victor Ortiz in 2009 and also pushed Amir Khan to the limit in a thrilling 2010 points defeat, before returning with a decision win over faded Mexican great Erik Morales.

Arguably his best performance came in December 2013 in a points victory over Adrien Broner, which saw him floor his brash opponent twice, to hand out a first defeat to the American.

Maidana's rugged, all-action style also posed early problems to Mayweather in their first fight in May 2014, leaving the American with a cut, and he would earn a rematch after the creditable majority decision defeat.

Mayweather would complete a more comfortable win in the rematch and Maidana has now decided to call time on his career.

A statement on his official Facebook account read: "After a long time out of the rings and after giving it a lot of thinking since my last fight, I've decided to hang up the gloves for good. 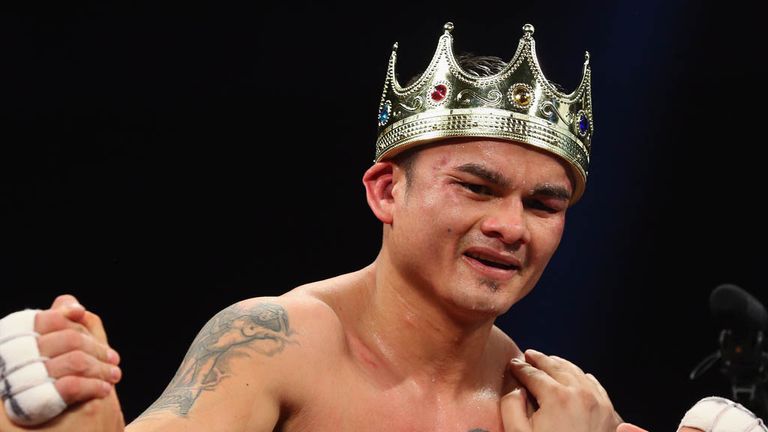 I think I was able to put the name of my country Argentina very high after winning two world titles, winning and losing against the best fighters of the world.

"Probably my decision would not surprise much as I had given hints of it in the last few months. But at this time I am making it official.

"I think I was able to put the name of my country Argentina very high after winning two world titles, winning and losing against the best fighters of the world.

"Only through a great physical and mental effort can you mix in the ring with the best of the world if winning is your goal. And I always wanted to win.

"Today I do not feel motivated enough, do not have the fire inside me to intend to climb those mountains again. That is why I announce my retirement."