Kell Brook will return to the ring in July to set up a "big one" next, with Jarrett Hurd now on the hitlist.

The 'Special One' will be boxing at super-welterweight for the second time, with the WBA and IBF holder already calling him out. 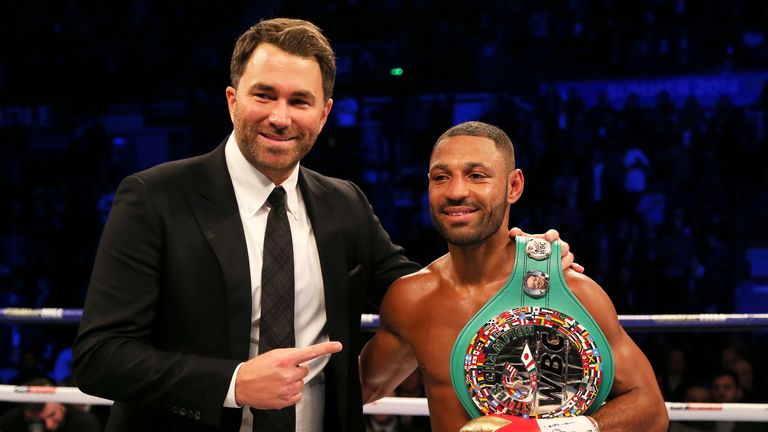 Fierce rival Amir Khan has said he wants to box again in September but promoter Eddie Hearn has added Hurd to the list of possible opponents as Brook looks to become a two-weight world champion.

"Kell will be boxing in July and then after that we are looking for the big one," Hearn exclusively told Sky Sports.

"Of course Amir is the big focus but I was interested to see Jarrett Hurd's comments and that's a fight we would definitely be interested in.

"Hurd is a great fighter and huge at the weight but Kell has his heart set on trying to become a two-weight world champion so all the champions are targets."

Hurd added the WBA to his IBF title at 154lbs with a unification points win over Erislandy Lara in April and has called Brook out.

The American is ready to put his two belts on the line but wants the Sheffield star to cross the Atlantic to face him.

"Not sure when it would happen, maybe we're looking at some time in October or November, but I want it this year around the end of the year," Hurd exclusively told Sky Sports.

"But Kell will have to come over here. I am the champion, so he should travel here."

Download this week's podcast to hear just what else 'Swift' had to say...