Gennady Golovkin is the "No 1 choice" for a mega-fight with Callum Smith at Anfield in May, says promoter Eddie Hearn.

I think it's a fight that fills Anfield. It's a great profile fight, it's a great fight, full stop.

Hearn confirmed that initial contact has been made with Golovkin, whose lengthy middleweight title reign was ended in a rematch against Saul 'Canelo' Alvarez, and the Matchroom Boxing boss believes a fight with the Kazakh, potentially in May, could fill Anfield, the 54,000 seated home of Liverpool FC.

"I've spoken to Tom Loeffler ['GGG's promoter] about it before," Hearn said, "not since the press conference last week though.

"That's my No 1 choice for Callum Smith.

"I think it's a fight that fills Anfield. It's a great profile fight, it's a great fight, full stop.

"Also, for Golovkin it gives him a chance to move up, do what 'Canelo' is doing, fight for the 'Super' title, and also for the 'Ring' magazine title at 168lbs."

'Canelo' is going up to challenge Rocky Fielding for the WBA 'regular' belt at Madison Square Garden on December 15, live on Sky Sports, as he looks to become a three-weight world champion. 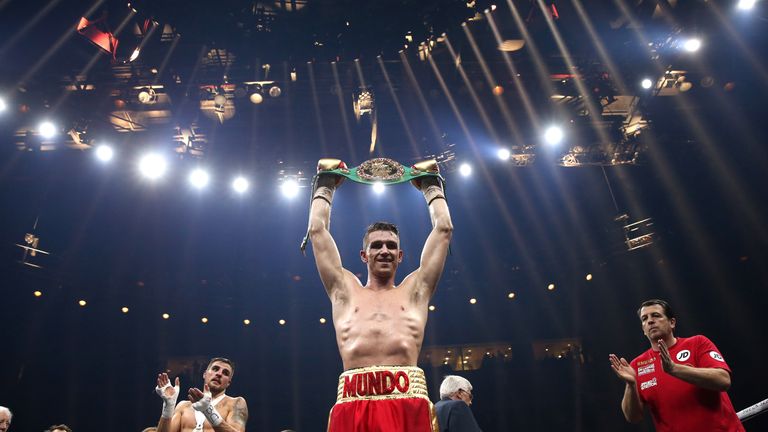 Whether 'GGG', who has spent his entire 40-fight, 12-year career fighting at middleweight, would also move up to 168lbs is yet to be seen as he targets a trilogy fight with the Mexican superstar.

"If he [Golovkin] is even close to the mark in terms of weight at middleweight, it might be a good option," Hearn continued.

"But whether he wants to take that risk before a possible third Canelo fight, I don't know."