'Canelo' insists he is focused on December 15 showdown with Rocky Fielding, live on Sky Sports

The Mexican sensation suffered his only professional defeat to date at the hands of 'Money' in 2013, but says the result would be different if his Las Vegas-based rival came out of retirement and agreed to fight him again. 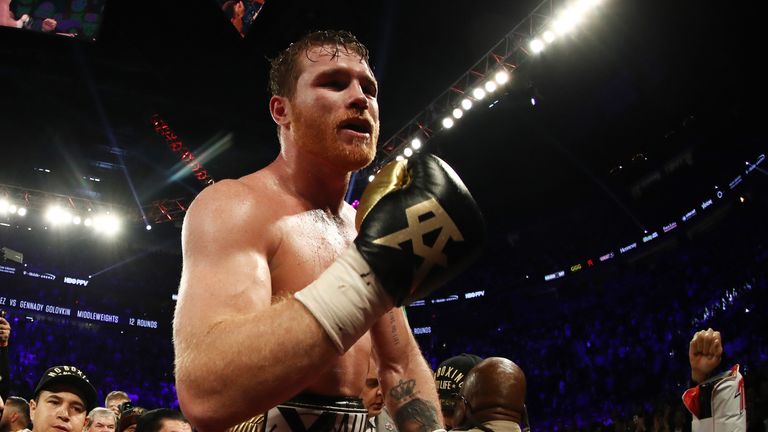 I've always had that little itch for it since way back, and now I'm more experienced and more mature. It's a fight that could happen.

"If the day comes that he wants to come out of retirement for it, I'm a different fighter, I'm more mature, I'm a great, A-level fighter now and it would be a great opportunity.

"I've always had that little itch for it since way back, and now I'm more experienced and more mature. It's a fight that could happen."

Mayweather has not fought since stopping Conor McGregor last August, but is reportedly set to partake in a boxing exhibition against Japanese kickboxer and mixed martial arts fighter, Tenshin Nasukawa, on New Year's Eve.

The former five-weight world champion went through his career undefeated in 50 contests and Alvarez admits that while his sole focus is on facing WBA 'regular' super-middleweight champion Rocky Fielding on December 15, at Madison Square Garden, New York, live on Sky Sports, a second fight against Mayweather would still be his greatest challenge.

"We have a fight on December 15. We're focused on this fight now," he said.

"To fight a fighter like him [Mayweather] and to beat him would be totally different because now we have to get speed into the mix and do everything that's possible to do it, to accomplish that goal of winning.

"We would have to work hard and get a lot of punches in with speed and more velocity. If the fans want it, if the people want it and it's in demand, it totally could happen."