Watch Canelo-Fielding from 11pm on Saturday, live on Sky Sports

Jermall Charlo says he will "chase" Saul 'Canelo' Alvarez up to super-middleweight if he has to.

The unbeaten Charlo is the mandatory challenger for Canelo's WBC middleweight world title but is even ready to move up to take on the Mexican star.

Canelo is stepping up to 168lbs to fight Rocky Fielding, in New York, in the early hours of Sunday morning, live on Sky Sports.

"There has already been talk of a third fight with Gennady Golovkin, back down at middleweight, but Charlo wants to be the Mexican's next threat.

I am ready to fight him whenever. In any division, in every division.

"The mandatory means nothing in boxing anymore, so I have to take a different route," he exclusively told Sky Sports.

"We are going to work it out and one day, me and Canelo will fight.

"He's challenging at 168lbs, another division that's in my near future, and if Canelo chooses to campaign there, I will chase him up to 168lbs and I can fight him there too.

"I'm bigger than him and better than him, it's just I don't have as many fights as he's had, but that means nothing.

"I am ready to fight him whenever. In any division, in every division."

Charlo takes on Willie Monroe Jr on the same night Dillian Whyte and Derek Chisora rematch, but will be watching Fielding closely this weekend.

'Rocky' is not only defending the WBA super-middleweight title but has a huge height advantage, standing at 6ft 1in, like the Texan.

"Rocky definitely has a puncher's chance and Canelo got hit pretty good and pretty decent against Golovkin," said Charlo.

"I know he's been watching that fight, so I guess 'can Rocky take a punch?', is the big point.

"Canelo will increase his power, but he won't be as fast and I don't think his head movement will be as agile. He's not a natural 168lbs or as tall. 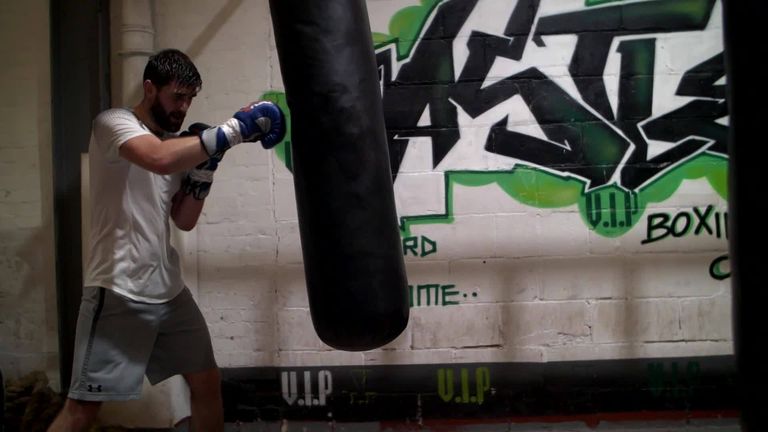 Rocky Fielding is in confident mood as promoter Bernard Hopkins gets excited about the New York fight with Canelo Alvarez, live on Sky Sports on December 15

"I will get to see how he deals with a guy that big.

"Canelo is the biggest name out there at the moment and I live in Dallas, where we fight lots of Mexicans and we're on the border with Mexico, so I've never been scared of fighting any Mexican fighter."