"If this fight didn't come, then I think it would have been the Brook fight"

Amir Khan says Terence Crawford is the star name welterweight he was searching for in America, but a British battle with Kell Brook can still happen.

Britain's former world champion has decided to challenge Crawford for the WBO title on April 20, with a venue to be announced, instead of accepting an offer to fight long-term rival Brook.

Khan had been frustrated in past attempts to face Floyd Mayweather and Manny Pacquiao, prompting him to step up to middleweight for a knockout loss to Saul 'Canelo' Alvarez, but can now face pound-for-pound great Crawford in his preferred division.

"I was always chasing that big fight," said Khan, who has been reunited with trainer Virgil Hunter. "This in a way, is a fairer fight for me.

"In my division he is probably one of the best pound-for-pound fighters out there. 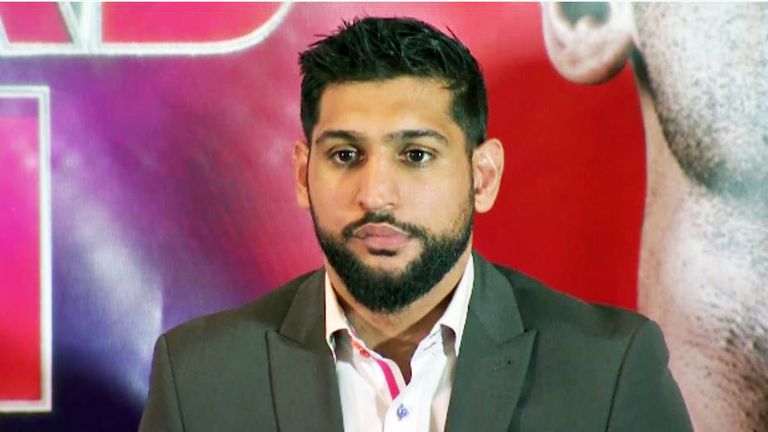 When I got the phone call for this fight, I couldn't say no to it, because it's got a world title on the line, an unbeaten fighter.

"When I got the phone call for this fight, I couldn't say no to it, because it's got a world title on the line, an unbeaten fighter. They had Kell Brook there as well, but for me, this is probably globally a bigger fight."

Brook had suggested that he would end his interest in Khan, if it was not his next fight, but the Bolton man believes a deal could be resurrected in the future.

Crawford is a three-weight world champion, with a 34-fight unbeaten record, but suggested that Khan could offer his sternest challenge.

He said: "In his previous fights before his last two, you can arguably say this is Terence Crawford's toughest fight to date, but like I always say, you can never know until we fight the fight."