Jarrell Miller has discussed offers for the Anthony Joshua fight and believes there is a 50-50 chance of either him or Dillian Whyte challenging the world champion.

Britain's heavyweight star is close to finalising his next world title defence, which could either be a US debut against New Yorker Miller at Madison Square Garden in June, or a rematch with British rival Whyte at Wembley in April.

Asked about his current options, Miller told Sky Sports: "If AJ fights Dillian Whyte, or maybe I get to knock him out in June. We're waiting on finding out exactly what's going to happen with those two guys first.

"I'm not the kind of guy that gets gassed up. When I see pen and paper, then that's when I take it more serious. All been verbal talk. We start seeing something formally in black and white, then we'll get a little more serious. Right now it's all talk.

"They are finding ways to make it happen. They can, I don't think it was a big problem. I think AJ really wants the easier fight, which is Dillian Whyte, but they're trying to give Dillian Whyte the benefit of the doubt."

Whyte revealed on social media that he was due to hold further negotiations over his next fight, with Miller suggesting the Brixton man could be the preferred choice for Joshua.

"We've already heard offers," he said. "The number has definitely got better, but like I said before, I don't think the fight for me is that hard to be made.

"AJ definitely wants the Dillian Whyte fight before he wants my fight. That's why they've given Dillian Whyte such a chance to make the fight. 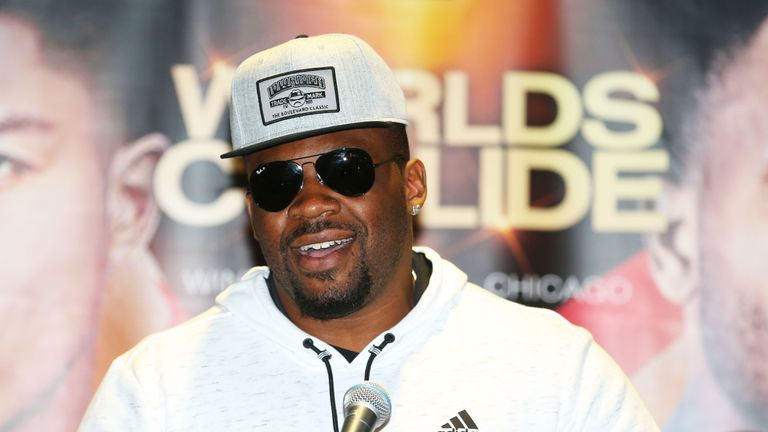 I think it's still 50-50, because like I said before, Dillian Whyte is still in the driving seat.

"I've heard that he's [Joshua] in talks today with Dillian Whyte. Let's hope we know something by Thursday, Friday, which is perfect timing for me.

"I think it's still 50-50, because like I said before, Dillian Whyte is still in the driving seat. It's not like Dillian Whyte has really fell off the map."

Madison Square Garden in June would be the ideal venue and date for Miller, although he also hinted that the bout could be pushed back until later in the year, if Joshua faces Whyte first.

"I think June would be perfect," said Miller. "I even heard talks about September, if he fights in April. We'll see. There's a lot of moving factors when they could be in big fights."

Miller's co-promoter Dmitriy Salita fully expects his unbeaten fighter to share the ring with Joshua in the future.

"We have communicated with Eddie on the fight, but I feel that Dillian Whyte is still a strong consideration," Salita told Sky Sports.

"Jarrell is in a great position with what ever works out. He has been ordered to fight Trevor Bryan for the world title and I am confident that at some point the fight against Joshua is going to happen.

"Now or later it's one of the biggest fights in boxing."