"This is about hard work and doing whatever you can do to win the fight."

Jarrell Miller believes Anthony Joshua will 'crack like an egg' when they resume hostilities at today's first press conference for their New York fight.

The Brooklyn heavyweight is relishing another fiery confrontation with Joshua after their world title fight was confirmed for Madison Square Garden on June 1, live on Sky Sports Box Office.

AJ's US debut on Box Office

Miller and Joshua had to be separated as tempers boiled over last year, and 'Big Baby' expects to gain a mental edge over the unified champion when they go head to head again, in front of the watching media.

"You can definitely expect that," Miller told Sky Sports. "I know he knows what's coming.

"I don't know how much of it he can take.

"I guarantee it, you are going to see him crack like an egg."

Weighing around 300lbs, Miller says Joshua has never fought anyone like him, and intends to make his presence known from the moment the British star arrives in his home city. 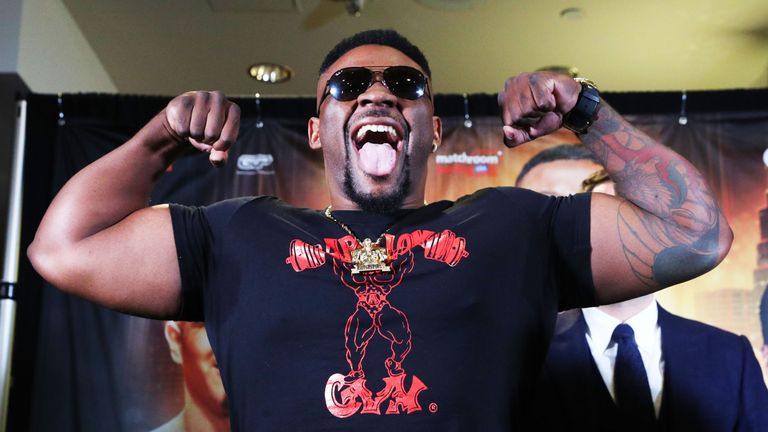 Once that contract is signed, all gloves are off.

"Oh yeah, for sure. I know he's not prepared for that," said the undefeated 30-year-old.

"This is going to be bully season. He's bullied for all the right reasons. This is the boxing business, this is the hurt game, so ain't nothing humble about this or nothing nice about this game.

"This is about hard work and doing whatever you can do to win the fight. The realness is going to come out.

"Once that contract is signed, all gloves are off."