Anthony Joshua's opponent for US debut set to be revealed on Tuesday, says Barry Hearn

"I understand there's every chance he's going to make an announcement tomorrow, so it's getting there"

Anthony Joshua's opponent for his US debut is set to be confirmed on Tuesday, says Matchroom Sport chairman Barry Hearn.

Britain's unified heavyweight champion is awaiting news on his next challenger for his scheduled defence at Madison Square Garden in New York on June 1, live on Sky Sports Box Office.

Matchroom Boxing boss Eddie Hearn has been holding talks with a number of potential opponents and his father Barry revealed that a deal was close to being finalised. 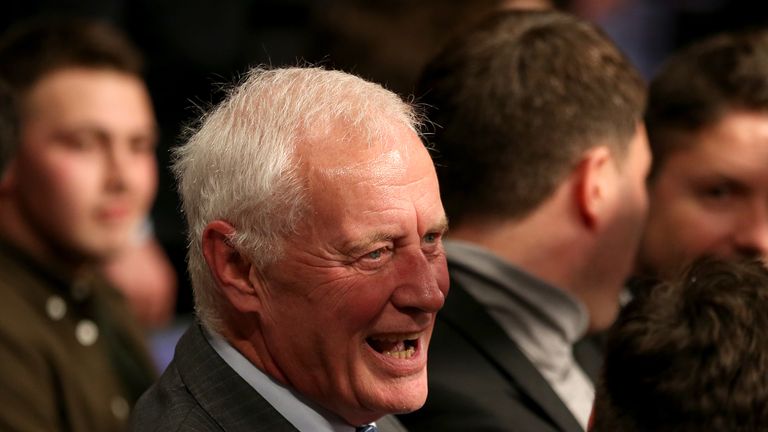 AJ makes the final call, the final list is there and I believe the final decision will be known tomorrow.

"I understand there's every chance he's going to make an announcement tomorrow, so it's getting there.

"It's difficult, it's very difficult, the political world of boxing and the money they're talking about, but it's also difficult when a few people view it as an opportunity to put one over on AJ, or us, or boxing.

"We have five likely opponents, so it's not a question we're going to be blackmailed. We're never going to be forced into doing anything stupid, because we just don't work like that. Eddie is just playing the cards dead straight.

"AJ makes the final call, the final list is there and I believe the final decision will be known tomorrow."

New Yorker Jarrell Miller was originally due to challenge Joshua, but was denied a boxing licence after he failed a pre-fight drug test.

A number of replacements have been named on a shortlist, including Luis Ortiz, Andy Ruiz Jr, Michael Hunter and Trevor Bryan, although Barry Hearn refused to hint at the chosen option.

"I'm in the background if they need me, but I certainly don't steal their thunder and they've got their announcement planned as and when the ink on the paper is dry," he said.

"Until that stage, we don't make any early announcements.

"I believe the eventual opponent will be at least as tough if not tougher than the Miller fight, and I believe it will be a fight that will go down very well with the proper boxing fans."