"We're talking about the big, big picture, but Andy Ruiz is a massive part of that picture, because if I can't get past him, I can't get to the next stage."

Anthony Joshua is seeking a 'spectacular knockout' of Andy Ruiz Jr to stay on course for a mega fight against Deontay Wilder or Tyson Fury.

Joshua respects the threat posed by Ruiz Jr, pointing to his refined skills and dangerous power, with the California-based Mexican attempting to ruin ambitious plans for an undisputed title fight with WBC champion Wilder, or an all-British battle with Fury.

"Not as high punch output, but he's more selective with his shots, so the shots he does throw are a bit more selective and he punches with intent to knock you out.

"The ideal thing would have been like Wilder or Fury there, at Wembley or MSG, iconic, but we're building to that and for now this is my US debut against Andy Ruiz, a Mexican fighter who can fight.

As he attempts to make his name in America, Joshua is eager to extend his destructive unbeaten 22-fight record, featuring 21 knockouts, but cannot predict the performance of his replacement foe.

"Every style and every fight is different, so a good win and a spectacular knockout is important, however, the main objective is to get the win, and move forward to that mega fight," said Joshua.

"Styles make fights and fighters bring out different things in fighters. I'm not too sure what Ruiz will bring out, but my main objective is to win. That's all that matters at the minute, then I can move on to making that."

Joshua revealed how he has studied Fury's draw with Wilder in Las Vegas, urging one of his rivals to accept a deal that would allow him to stake his claim as the division's No 1. 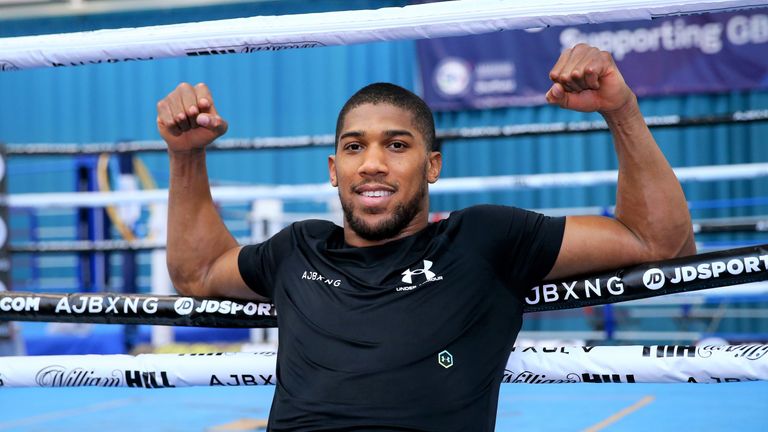 "I was actually watching Fury and Wilder fight this morning and it's a fight I would love to take on," said Joshua. "The longer they leave it, the worse it gets, because the more I'm learning and the more confident I'm getting.

"Same era, same time, same division, same goals. It has to happen. In every era, every champion, every challenger has fought each other. Our era, our time, there's enough on the plate. It's a global event now.

"It's time to pick a venue. We had it. Pick a date. We had it. Finances aside and get it on, because it's a great time for it.

"We're talking about the big, big picture, but Andy Ruiz is a massive part of that picture, because if I can't get past him, I can't get to the next stage."