Lawrence Okolie is predicting world title glory within a years' time as he looks to make an emphatic start to life under new trainer Shane McGuigan.

Okolie defends his British and Commonwealth belts against Jack Massey at the Manchester Arena on July 6, live on Sky Sports, in what will be his first fight under the guidance of McGuigan.

There had been mooted talks that 'The Sauce' was in line for a shot at WBA champion Denis Lebedev - but after a showdown with the Russian failed to materialise - Okolie will look to take his frustrations out on Massey before again pursuing a world-title opportunity.

"I've heard nothing about Lebedev," the Hackney cruiserweight told Sky Sports. "The last I heard was that he was going to retire.

I am strong, determined and saucy. I am British and Commonwealth champ. I will remain undefeated after I win July 6th in Manchester. #okoliesoutthecage #pennybois #sauce pic.twitter.com/Cw8rr8AD18

"I'm trying not to focus on any one person now. You realise that boxing is a game full of disappointments, I thought it was happening and I'd become a world champion this summer, then it didn't and it's difficult to take.

"If I beat Jack, I'll start making my way to world level. I do believe I'll win a world title inside 12 months.

"I've got ambitions to become a world champion and to be a millionaire, I'm neither of those things yet. 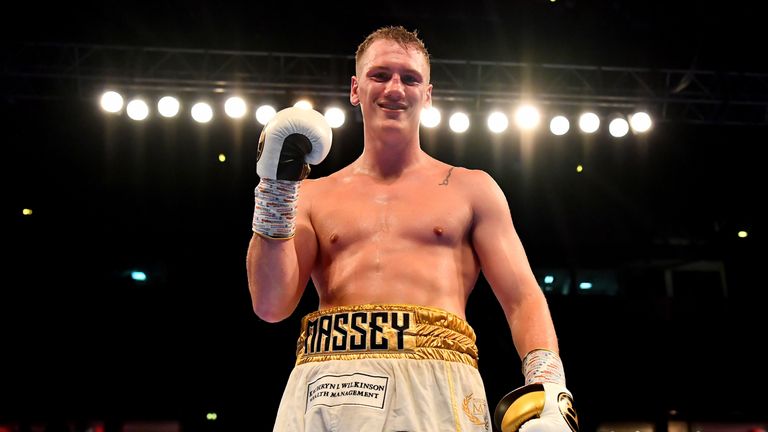 When you're on top of the mountain, in my case domestically, people will bark up to you.

"People talk but eventually they have to fight and when you're in the ring, it's no longer fun and games." Okolie continued, having clashed with unbeaten challenger Massey over social media.

"I'm either a really dis-likeable guy to other cruiserweights or they're all threatened by me. When you're on top of the mountain, in my case the domestic scene, people will bark up to you. They think beating me changes their lives."

Okolie has joined a thriving gym set-up under McGuigan with world champion Josh Taylor, Luke Campbell and fellow cruiserweight Chris Billam-Smith among those in camp.

"When choosing a trainer it's not just about someone with a name, you need someone who you believe in and they believe in you, I believe Shane can add to my game," he added.

"There's a lot more intensity in what I'm doing and more snap, I've been very one-paced before when grinding people down and swarming them.

4 weeks 🤬. War is war and I'm built for it 🥇🌎 @shanemcguigan I promise I'll use both hands this fight 👀 , @boohoomanofficial drip

"Now, it's about seeing how much damage I can do with the jab or the right hand for instance, setting these things up.

"I don't know how strong Massey will be on the inside or how sharp he will be, I want to be able to box as well so I can counter-act whatever these fighters do."