Otto Wallin wants to avenge his loss to Tyson Fury in a rematch or earn a bumper clash with Anthony Joshua, says the Swede's promoter Dmitriy Salita.

Wallin emerged with credit from a brutal points defeat to Fury last weekend, opening a bad cut over the right eye of Britain's former world champion, who was hurt in the final round in Las Vegas.

The New York-based fighter is expected to return early next year, with his reputation enhanced, and Salita says a second battle with Fury is one of the future aims for Wallin. 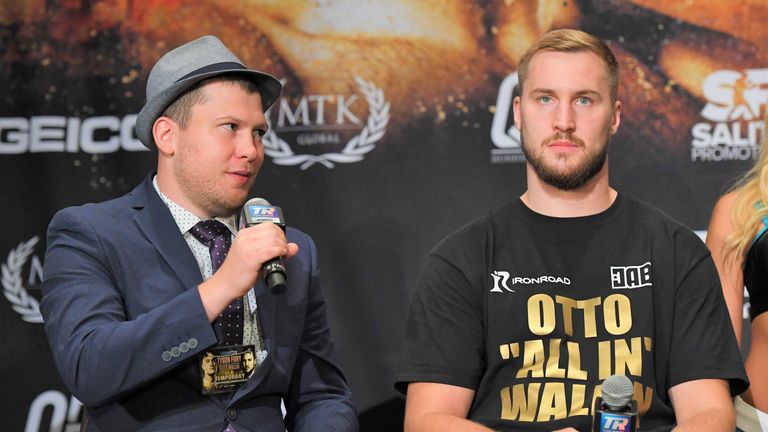 Salita told Sky Sports: "Otto would be much better in the rematch. He is going to get busy and now he is comfortable with Fury's style. I strongly believe Otto wins the rematch!"

Matchroom Boxing boss Eddie Hearn suggested that Fury's horrific cut could have resulted in a stoppage loss, an opinion shared by Salita, who also questioned the wide scorecards in the Brit's favour.

🗣"Any other country in the world, I think they would have stopped the fight." 👀@EddieHearn has his say on Tyson Fury's victory over Otto Wallin pic.twitter.com/lZzeaxMUZD

"Fury is a great fighter who has tons of heart. He was very skilled and courageous in how he dealt with such adversity. But had it been anyone else, I feel the fight would be stopped."

Salita believes Wallin was in the running as an alternative opponent for Anthony Joshua's last world title fight in June, with Andy Ruiz Jr stepping in as a replacement for Jarrell Miller and then delivering a stunning upset in New York.

Joshua will face Ruiz Jr again in Saudi Arabia on December 7, live on Sky Sports Box Office, and Wallin still wants a showdown against AJ, if he regains his world heavyweight belts.

"Otto is a true champion, inside and outside the ring," said Salita. "He is from Sweden and fought Fury in Vegas so destination is no issue.

"We were discussing him stepping in to fight Joshua in June. We would be open to that possibility some time down the line in the UK."