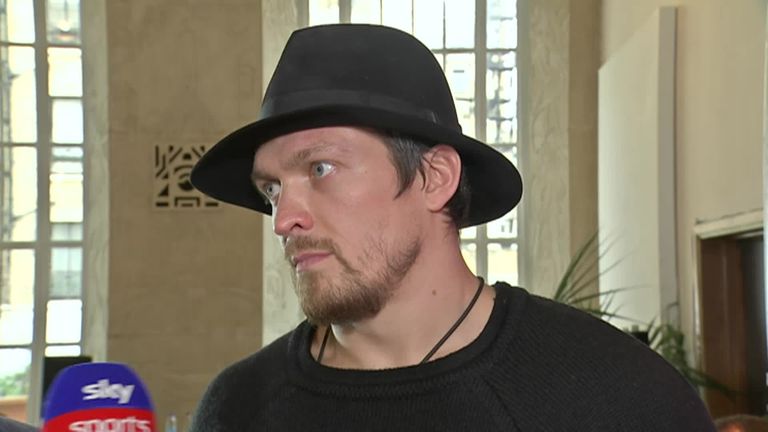 Oleksandr Usyk’s team have reiterated their expectation to receive a world heavyweight title shot in 2020 and insisted Anthony Joshua and Tyson Fury "can’t" edge them out.

Usyk is the WBO mandatory challenger but Joshua has hopes for an undisputed title fight with Fury to decide one champion for the division.

The Ukrainian must first come through Derek Chisora on May 23 and Joshua defends his IBF, WBA and WBO belts against Kubrat Pulev on June 20, both live on Sky Sports Box Office, while WBC champion Fury is expected to have a third fight with Deontay Wilder.

Asked about the possibility of Joshua vs Fury for every major belt, Usyk's manager Egis Klimas told Sky Sports: "They can't. How can they do that?

"Right now, we have to win [against Chisora], then after the mandatory fight for the WBO has to happen.

"I believe Anthony also wants this fight. Good fighters want to fight good fighters. Anthony sees a good challenge in Oleksandr and wants to go there. Everybody says Oleksandr will give Anthony problems, but Anthony believes the opposite so wants to show that he is stronger.

Usyk's promoter Alexander Krassyuk, who works alongside Eddie Hearn, last week said: "As soon as Usyk completes his task with Chisora we all expect he will face AJ.

"This island holds all the heavyweight belts so that's why we're here digging.

"He needs to fight a tough opponent and Chisora has good experience. We decided to go this route."

Usyk is risking his mandatory opportunity at the world heavyweight belts by stepping into the ring with Chisora but he never considered putting his career on hold to wait for a title shot, his team confirmed.

"We didn't want to wait for a long time, Oleksandr wants to be in the ring to get busy," said his manager Klimas.

"It would be a big problem to not box for a long time." 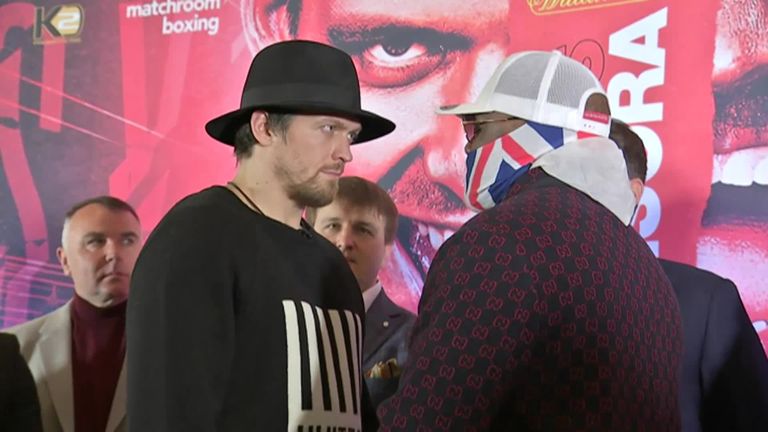 A face-off followed by a selfie! 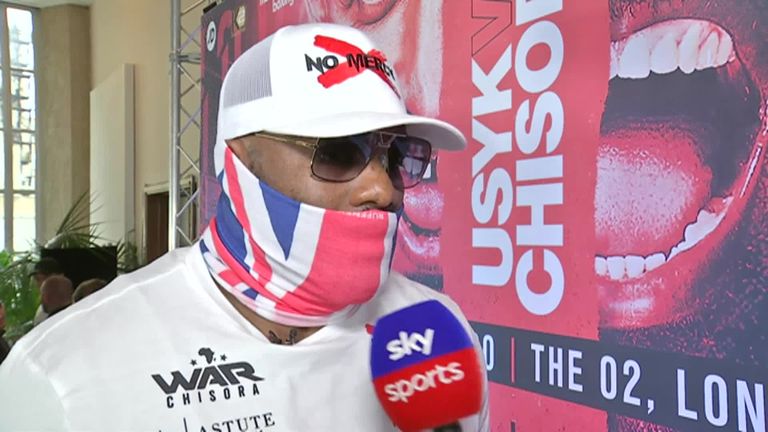 Chisora has promised to knock out Usyk

Joshua has previously told Sky Sports about Usyk: "When I'm trying to build my record, I want opponents like Usyk to say that I've defeated them.

"He uses his feet very well, and positions his hands well. You can't hit him because his feet move so well. If you do manage to catch him, [the punches] are brushing off the gloves.

"What I'd do, as I have done already, is study him - from his footwork, his hand positioning, to his openings.

"Then I'd go to former people who have faced him and find out information on how to defeat him."

Usyk knocked out Tony Bellew on his previous visit to the UK in an undisputed cruiserweight title defence.

Joshua continued: "Usyk is a great cruiserweight, the undisputed cruiserweight champion, who has decided to move up to heavyweight to mix it with the big boys.

"He's still exploring the division but he wants a piece of the big pie - he's more than welcome to try to take this out of my hands."