"Yes, he does have a good chin. He's just got to get caught flush!"

Demsey McKean is a potential opponent for Joseph Parker and the unbeaten Australian has vowed to produce an explosive upset win over the former world champion.

The 6'6" tall heavyweight, nicknamed 'Tower of Terror', is on a shortlist of options for Parker, who has also held talks with Australia's Lucas 'Big Daddy' Browne, ahead of a proposed return in August.

McKean has earned a top 15 ranking with the WBO and IBF following 18 successive victories, with 12 knockouts, and the southpaw fighter believes he can ruin Parker's planned homecoming fight in New Zealand.

"We wouldn't be chasing that fight so much, if we didn't think so," McKean told Sky Sports.

"He hasn't looked the best in his last few outings either. I think he struggled even to put away Alex Leapai, a couple of fights ago. I've done a lot of rounds with Alex Leapai as well.

"I've had the more lively opposition, compared to his last few outings. If you pick Lucas Browne after that, it's kind of getting beyond a joke. Lucas Browne did the yards years ago, but he's 41, and he's at the end of his tether. He hasn't looked good for a couple of years either."

Promoter Angelo Di Carlo held initial talks with Parker's manager David Higgins and is waiting for a formal offer to secure a career-changing fight for McKean.

Di Carlo told Sky Sports: "We've got a kid who is rated in two divisions. He had three kickboxing fights. I think two MMA fights. Never been defeated in his life, so he's hungry, a good puncher. 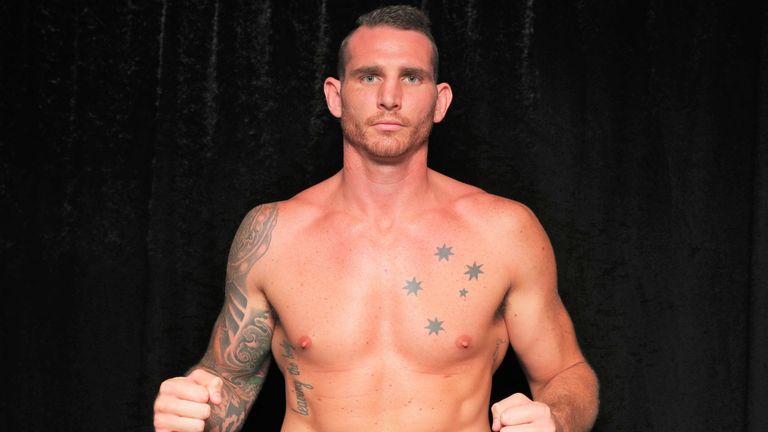 I think that style, with Joseph Parker, would suit him down to the ground.

"Very tall, he's 6'6", a massive man. He's had no amateur fights, but he moves better than the top amateurs.

"I think that style, with Joseph Parker, would suit him down to the ground. The only southpaw he (Parker) has fought as a pro is (Jason) Bergman, and Bergman is only a journeyman, really.

A sensational victory over Parker would propel McKean into contention with the division's top fighters, including Britain's biggest names, and the 29-year-old from Queensland is confident he could even become the first man to stop the Kiwi.

"That would obviously do massive things for me," said McKean, when asked about a win against Parker. "It would open up doors on the world scene, over in the UK and America.

"Being a southpaw as well, I think it's a huge advantage, and I'm obviously backing my power as well to stop everyone.

"We all know in the heavyweight division, it only takes one punch too. I think I can catch him with a nice, big looping left hand, which I have done in the past against some guys.

"Yes, he does have a good chin. He's just got to get caught flush."

Di Carlo hopes that McKean can stake his claim for a major fight in the UK by impressing Matchroom Boxing boss Eddie Hearn, who has signed a promotional deal with Parker.

"It would be honourable to get a fight for him over there," said Di Carlo.

"I would love for Eddie to say, 'How about I sign him up for three fights or something.' Well, I'm happy to do that. Let him have a look at him. One thing for sure, he's a much better fighter than 'Big Daddy' is."