"Anthony Joshua managed to get to the heavyweight title in 16 fights. With the right fights and starting out this way, I think that is potentially doable"

Justis Huni has already been backed to reach a world title, just as quick as Anthony Joshua, and the Australian heavyweight is preparing for an historic pro debut.

The talented 21-year-old had been preparing to compete at the Tokyo Olympic Games, but has now decided to make a big impact in the professional ranks by targeting the Australian title in his very first fight.

Huni faces Faiga Opelu, who has a record of 13 wins, one draw and one loss, and promoter Dean Lonergan believes he can equal Joshua's record of reaching a securing a world title shot in only 16 fights.

You're turning pro but can you still compete at the Olympics?

I've got my first fight on October 22, which is next week.

We're going to take it fight by fight, hopefully all the way until the lead up to the Olympics.

Could it be tempting to continue your pro career?

Yes, that's what we've been talking about lately. At the moment the hype is crazy in the professional scene - how much noise my name is making.

If by the time the Olympics come back around, and I'm still 100 per cent keen to go to the Olympics, then yeah, we'll definitely be taking that route.

Can the Olympics enhance your growing reputation?

That would definitely boost my profile, winning a gold or a silver, even bronze for Australia at the Olympics. No doubt about that.

What was your best win in the amateur ranks?

Probably that fight against Richard Torrez, because it was a hard fight.

A semi-final for the 2016 Youth World Championships, so I had to win that to make it to the finals and that was probably my toughest fight.

In the first round, he was overpowering me and I had to adjust very quick in the second round. Just hit and move, not stand there, because he's a very strong boxer. I had to adjust fast and it got me the win.

You were denied a fight with Frazer Clarke?

That was in Helsinki, I was supposed to fight Frazer Clarke in the final, but I got a bad cut in the semi-finals. That fight couldn't go ahead.

It would have been good. Frazer and I were doing rounds, because I went to Sheffield for a training camp before that tournament and yeah, me and Frazer did about 12 rounds leading up to that tournament.

They were very good rounds, very sharp rounds. We were both sharp and fit.

Could you still face Clarke at the 2021 Games?

Yeah, 100 per cent. He was unfortunate at the World Championships in his fight. I watched it and thought he was very unfortunate to get that decision overturned.

Who chose your first professional opponent?

It was a team decision. We all talked it over. I've done a lot of rounds of sparring with my opponent, so we know each other very well inside the ring. Yeah, we think we'll be able to get the W.

My opponent is very tough, but we think we've got the tools to come away with the win.

If we didn't think that, we wouldn't be going for this fight on debut. It's a very tough fight, don't get me wrong. My opponent is very tough, but we think we've got the tools to come away with the win.

Do you intend to move fast in the pro ranks?

That was the goal with my promoter, to take the fastest route to a world title fight. We're really just looking at knocking out all the fighters here in Australia and then going worldwide after that.

Can you become Australia's next world heavyweight champion?

What do you make of Britain's heavyweights?

Very strong. Hopefully in the near future I'll be able to come back and do some rounds with those boys. 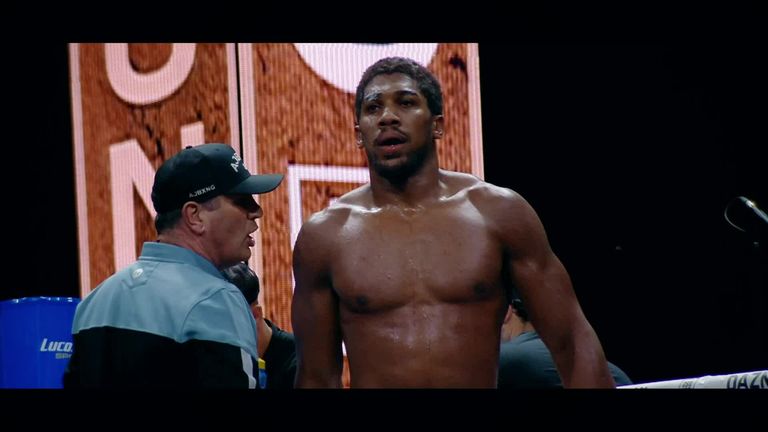 Can you bring a big world heavyweight title fight to Australia?

That's definitely my dream to have a heavyweight world title fight come here in my own backyard. That would be amazing.

A couple of weeks before we signed him, Eddie Hearn was on the phone to his father Rocki, but it was a case of sitting down with him, finding out exactly what they wanted and what goals they wanted to achieve.

One of the things that came out clearly is that they want to do historic things, hence we're fighting for the Australian title in the first fight out over 10 rounds. It's never been done before.

We aim to move him at lightning speed. Anthony Joshua managed to get the heavyweight title in 16 fights. With the right fights and starting out this way, I think that is potentially doable. I know that's something that's certainly on their radar.

Do we think we can do it faster? The answer is - we're certainly going to have a crack. I think realistically, maybe around the same sort of timing. Justis is going to be fighting every two months.