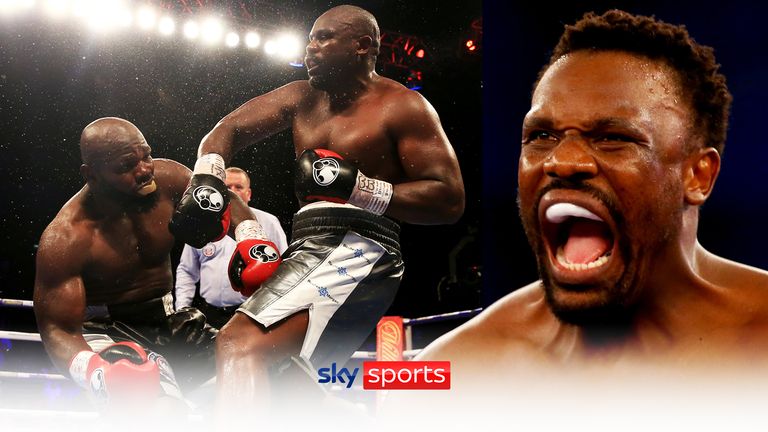 Chisora will expect to be the bigger puncher when he takes on the skilful Usyk on Saturday night, live on Sky Sports Box Office, in a heavyweight fight with major ramifications.

Joshua told Sky Sports: "I've sparred Derek since I was 18. A strong man.

"If he does land?

"Look at Derek's knockouts - they aren't when he lands five shots then the ref jumps in. 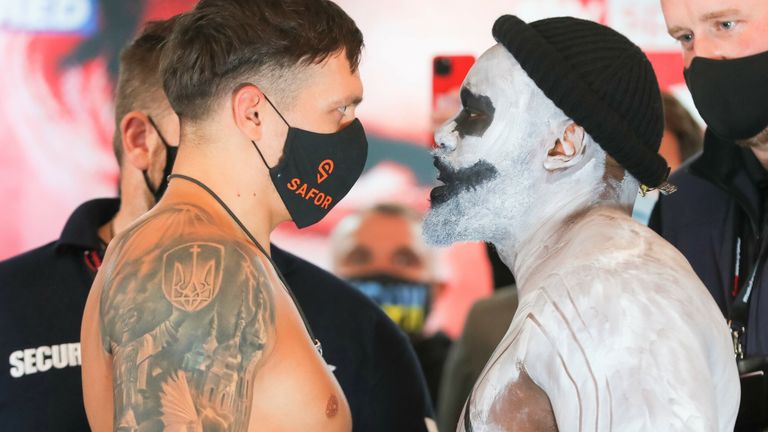 Chisora went head to head with Usyk at the weigh-in

On This Day! ⏮@DerekWarChisora stopped David Price in 4 rounds last year, and he showed his strength by taking this flush right hand in his stride

"He hit them with one shot and knocked them out. You can see he carries one-shot knockout power."

Thirteen of Usyk's 17 wins have come inside the distance, including his knockout of Tony Bellew on his previous visit to the UK.

'Stick to your word, Fury, and fight me!'

Chisora has twice battled Tyson Fury and holds hope of a third opportunity against the WBC heavyweight champion.

"I think it would be a great fight to have with 'The Gypsy King', because he's always promised me a third fight," Chisora told Sky Sports.

"He owes me anyway, because we speak every day, and he owes me that fight.

"He's always saying he wants to give me another fight, so he's a man of his word, so that would be the fight I would like to have."

Chisora's manager David Haye explained how his man withstood a punch in sparring from Alexander Povetkin that would later knock out Dillian Whyte.

"It's a shot that he throws regularly," Haye said. "Derek was telling me when he sparred with him, he was getting hit with that shot, so it's one of his shots, and to get hit with someone's best shot isn't very lucky is it.

"The guy has got a big shot. It's like getting caught with Whyte's left hook.

"You know it's there if you can practise to go under it, if you throw your right hook to the body or not, or you can stand up and get knocked out."

Watch Usyk vs Chisora on Saturday, live on Sky Sports Box Office, from 6pm. Book it via your Sky remote or book it online here. Even if you aren't a Sky TV subscriber, you can book and watch it here.