Anthony Joshua says his world title fight with Kubrat Pulev will end with "the last man standing" as he made a brutal prediction at the final press conference.

The WBA, WBO and IBF heavyweight title holder takes on Pulev this Saturday, live on Sky Sports Box Office, and Joshua issued a chilling warning to his Bulgarian challenger.

Following an intense face-off, Pulev then declared himself as the "new champion", but Joshua has hinted at his destructive intentions after regaining his belts from Andy Ruiz Jr in a rematch win last December.

"I've been punched by the strongest people many times and I'm still here today," said Joshua.

Joshua avenged his first defeat by Ruiz Jr in New York last June, sealing a commanding points victory in Saudi Arabia, and insists he knows how to cope with huge expectation ahead of his latest fight. 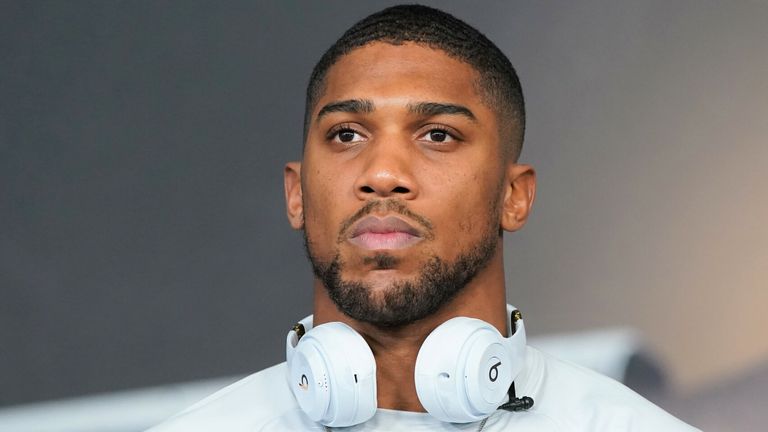 I grew a thicker skin, and I've always been tough. Always wanted to fight the best.

"The pressure I went through last year was tough, but it made me stronger, mentally," said Joshua.

"I grew a thicker skin, and I've always been tough. Always wanted to fight the best. That's never been an issue.

"What have I got to lose? I've got everything to gain. I want to be successful in boxing, and the only way to be successful is taking on good challengers and this is another one that I'm looking forward to competing with."

Pulev was forced to pull out of a scheduled fight against Joshua three years ago due to injury, but insists he is ready to seize his second world title shot after suffering a solitary defeat to Wladimir Klitschko in 2014.

"Yes I think I have everything," said Pulev. "Respect for Anthony, an Olympic champion and world champion.

"Respect, a good fighter, but I'm ready. I have everything to be a champion."