Anthony Joshua refused to address Tyson Fury at Thursday's press conference but revealed a list of targets that must surely include his rival's name; Joshua defends the IBF, WBA and WBO heavyweight titles against Kubrat Pulev on Saturday, live on Sky Sports Box Office 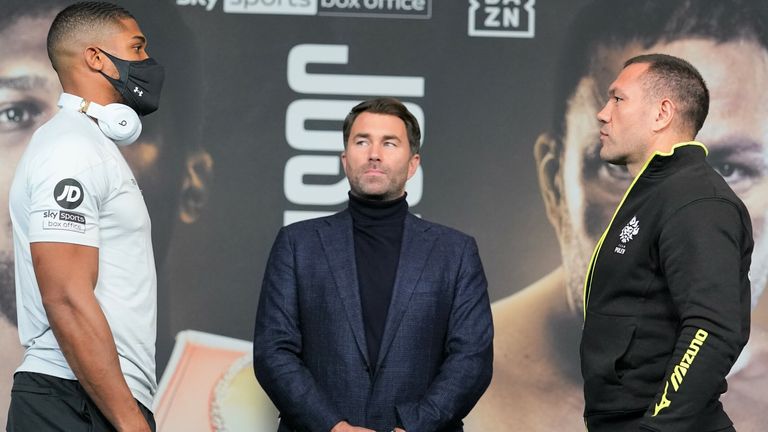 One day the "long list" of future opponents that Anthony Joshua revealed was given to him will qualify as a historic document, a Magna Carta of muscle.

Kubrat Pulev's name was on the list, Joshua confessed, of the rivals he should expect to eventually face when he first set eyes on the heavyweight division - seven years later they will clash for the IBF, WBA and WBO titles on Saturday, live on Sky Sports Box Office.

That scrap of paper with notes jotted besides the names of fighters that Joshua was targeting must, surely, have also contained Tyson Fury. 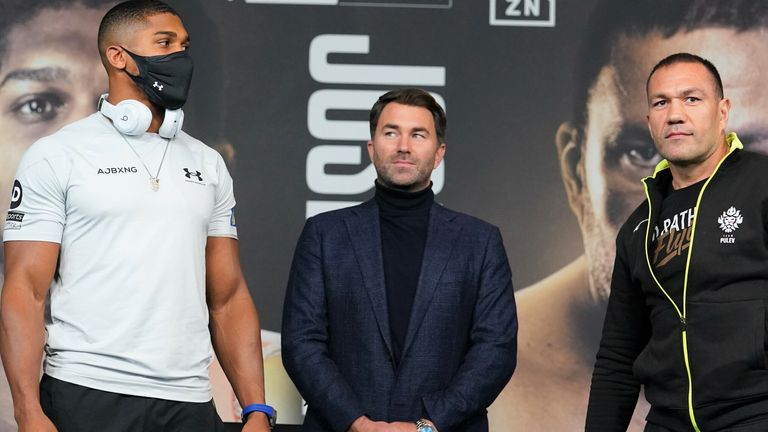 Joshua exclusively explained to Sky Sports: "I have a long list of heavyweights and I'm knocking them off.

"In 2013 my uncle gave me a list of heavyweights and [wrote next to their names]: 'Chisora, Klitschko...'

"Pulev was on that list. It was a matter of when.

"He is still here. He's been here for years."

Klitschko ruled the roost in 2013 and, a year later, inflicted the only loss on Pulev's 29-fight record. Neither of those veterans could have known then that an ambitious young Brit had menacingly circled their names.

The prophecy of the 'long list' came true with Klitschko and now Pulev.

But the intrigue is who else must have been included. 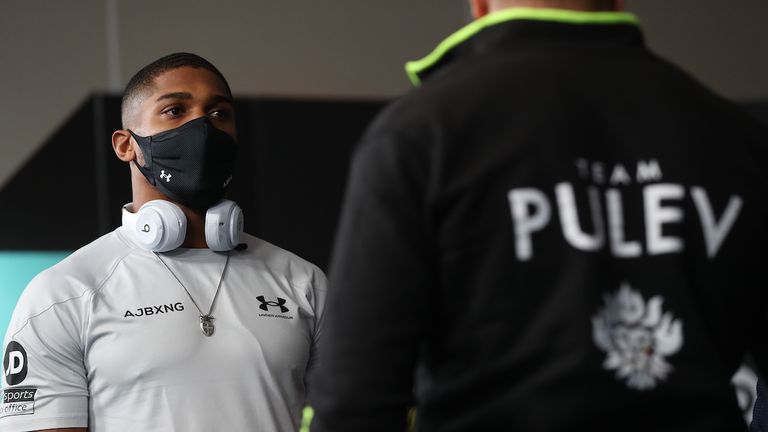 Fury was five-and-a-half years and 22 victories deep into his burgeoning career when Joshua, an Olympic gold medal in tow, crossed over into the pros - it is a stark reminder of just how much longer the WBC champion has been slugging away in this savage game.

Fury was not at the level of Klitschko or Pulev in 2013 but he had already beaten Derek Chisora, who Joshua revealed was written on the list passed down by his uncle.

A spell-binding fight between Joshua and Fury - described by Eddie Hearn as "one of the biggest of all time", a rare moment of downplaying from the promoter - has never been closer.

Dispatch Pulev, and there is little obstacle to Joshua and Fury deciding the division's undisputed champion in 2021.

The 'long list' revealed by Joshua at Thursday's press conference illustrates, as the fight with Fury looms, of how long they have been on this collision course.

For now Joshua's stance is: "The other fights that have been mentioned? I'm not interested. Just in Pulev."

And rightly so because he has been stung before when overlooking a challenger towards a fellow champion.

Pulev, the battle-hardened Bulgarian who has beaten Chisora and Hughie Fury, drew Joshua's ire when they went face to face for the first time this week.

He shouted for the cameras: "New champion…"

Joshua, his face covered by a mask, burned Pulev with a look of utter contempt for that comment.

The champion then revealed what else his challenger muttered at close-quarters: "Pulev said: 'Good fight, interesting fight!'"

This is a fight that Joshua knew he would have since 2013.

"I've known of Pulev for many years," he said. "I was in the training camp when his brother [Tervel Pulev the Olympic bronze medallist and unbeaten cruiserweight] was sparring Warren Baister.

"I was in Wladimir Klitschko's camp when he was preparing for Pulev. So I understand some of the tactics to beat Pulev."

Joshua spoke to Klitschko for an hour on Wednesday this week, he revealed to Sky Sports News.

How much do they speak?

"Constantly," Joshua said. "He's from the old-school era then came into our era. He has been around a long time so to pick his brain is amazing.

"He has stepped away from boxing and doesn't like to get too involved so to have that direct access to him is superb.

"Every fight is different. There is inside-information but we don't focus too much on it. He advises me about myself." 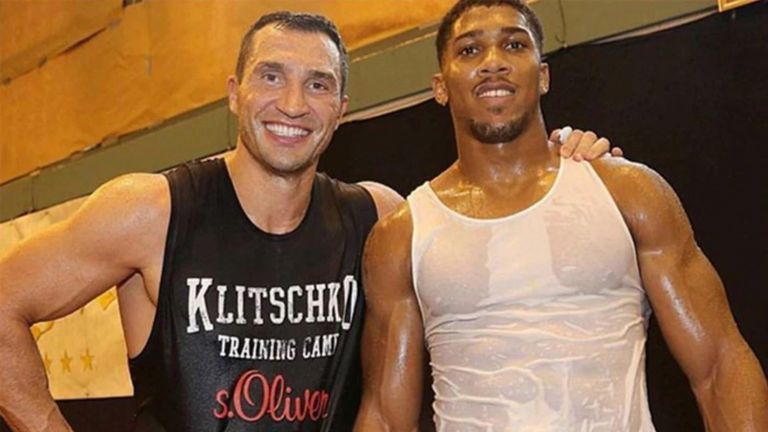 Joshua says he is 'constantly' in touch with Wladimir Klitschko

Fury has confirmed he will not be accepting an invite to watch from ringside, and Hearn reacted: "I think sometimes fighters feel: 'Why should I go and watch him? He hasn't come to watch me before'.

"It would be nice for him to come. I think he should be coming. He should be watching up close. Maybe he doesn't feel like he's got to watch him up close.

"I'm happy with the conversations that are happening behind the scenes to know that he wants to fight.

"Turning up at a fight is always a good way of saying: 'I'm ready, I want the fight.'

"But I know he wants the fight. There's a few days for him to change his mind yet. He's more than welcome, but we've got to focus on business.

"It doesn't matter who is in the crowd. Tyson Fury can watch on TV, he can be in the crowd. If Joshua doesn't win, there's no fight, so he must win this fight and the pressure is on."

If the prophetical scrap of notebook from 2013 is correct again, maybe Fury really will be next for Joshua.

Watch Joshua vs Pulev on Saturday, live on Sky Sports Box Office, from 6pm. Book it via your Sky remote or book it online here. Even if you aren't a Sky TV subscriber, you can book and watch it here.