"He hasn't even lost a round. No one has hurt him, dropped him or out-boxed him," Dillian Whyte has been impressed with Fabio Wardley's progress before Saturday's showdown with Eric Molina, live on Sky Sports Box Office 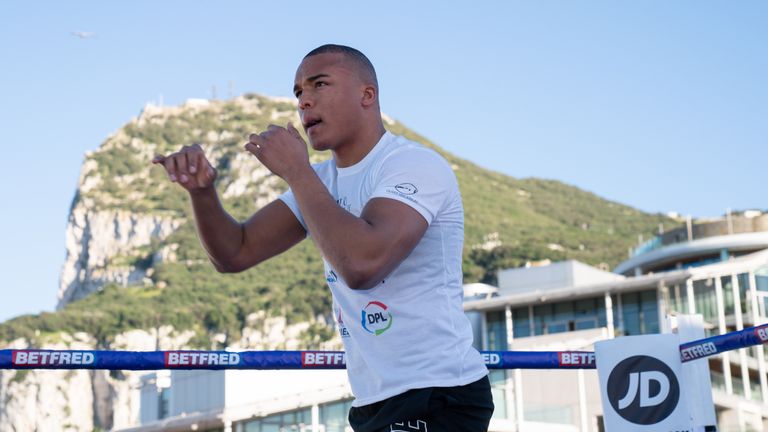 Dillian Whyte says his protege Fabio Wardley has an aura of "invincibility" ahead of his upcoming heavyweight clash with Eric Molina.

The exciting 26-year-old risks his perfect professional record against Molina, a two-time world title challenger, on the undercard for Whyte's rematch with Alexander Povetkin in Gibraltar on Saturday, live on Sky Sports Box Office.

Wardley's rapid rise is being guided by Whyte, who believes he possesses the power and dedication required to reach the highest level.

"He has an air of invincibility," Whyte told Sky Sports. "He hasn't lost. He hasn't even lost a round. No one has hurt him, dropped him or out-boxed him.

"That's the best place to be in your career because you think no one can defeat you. No one can touch you.

"I was there at one point, we all were. It's great! I was knocking guys out left, right and centre.

"The bad thing? I didn't train properly or take it seriously enough because I had steel hands and was knocking everybody out.

"I thought: 'I don't need to train properly because all I need to do is land one punch'.

"That was my downfall, in the end.

"Fabio seems smarter than that. He's got people like me around him. I never had that."

Fabio seems smarter than that. He's got people like me around him. I never had that. Molina suggested that his opponent is the most beatable of Britain's contenders, but Wardley intends to change his opinion with another destructive victory.

"That's a fair comment from his side. If I was in his shoes and I had done all the things that he's done, I wouldn't see me as a threat either.

"But it's my job on the night to prove that I'm a real threat, not just to him, but to a lot of other heavyweights in this division.

"I choose between my punches. Sometimes they are nice and sharp and quick, and sometimes I will sit through them.

"If I choose to hit you, you will stay hit."