Campbell Hatton makes a winning start to his professional career, defeating Spaniard Jesus Ruiz with a 40-36 points verdict on the undercard for Dillian Whyte's rematch with Alexander Povetkin in Gibraltar 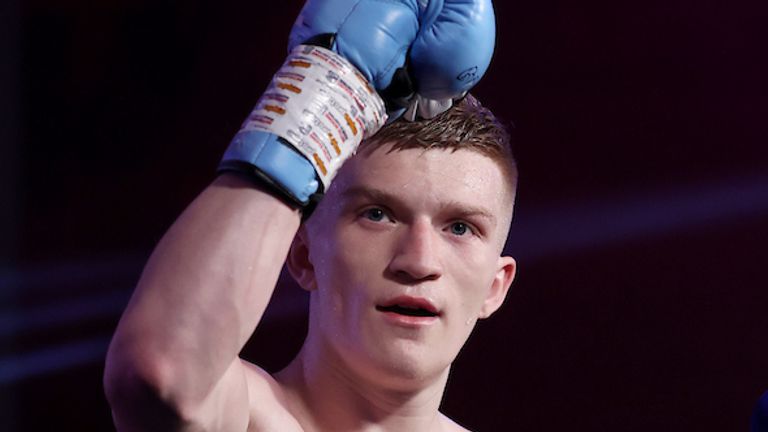 Campbell Hatton was pleased with a convincing win over Jesus Ruiz

Campbell Hatton made a blistering start to his professional career as he defeated Jesus Ruiz on points after a relentless four-round assault.

The 20-year-old lightweight, son of former world champion Ricky, hurt Ruiz with body punches throughout but had to settle for a shutout 40-36 win on the scorecards in Gibraltar.

'Blue Moon', the anthem for Manchester's previous hero, heralded the beginning of Campbell's pro journey and he set a ferocious pace from the opening bell.

Spiteful body shots, a trademark family punch, were unloaded by Campbell in the opening round as he bullied Ruiz to the ropes.

Hatton continued to rattle Ruiz's ribs in the second and blood trickled from the Spaniard's nose, a sign of a ferocious early assault.

Ruiz visibly winced at the start of the third, with Hatton hammering in hooks as he eagerly searched for a stoppage.

He nearly gained it, hurting Ruiz with another shot under the elbow, but could not find a finishing punch before the final bell.