Jake Paul will attempt to take his professional boxing record to 3-0 when he faces former mixed martial arts fighter Ben Askren on Saturday; Paul says a boxing contest between himself and Conor McGregor is "a lot closer than anyone thinks" 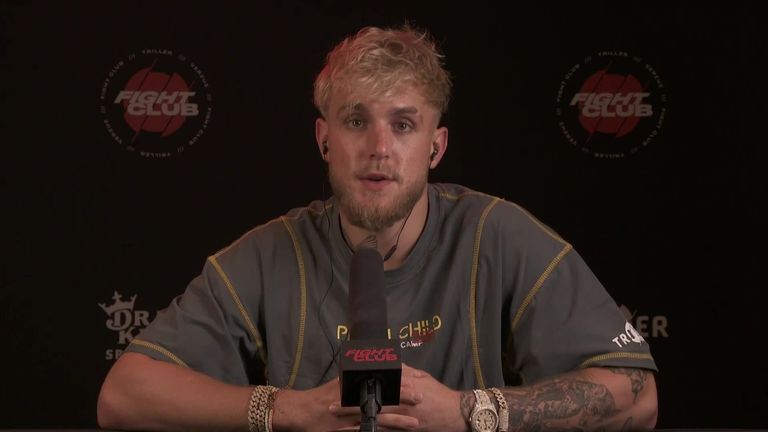 Jake Paul says he sees himself as "an elite fighter" and has compared the start of his career to that of former boxing world champion Floyd Mayweather Jr.

Paul, who made his name as a YouTuber, will on Saturday contest his third professional boxing bout against Ben Askren, a former mixed martial arts fighter.

"I see myself as an elite fighter right now," Paul said. "A young prospect with a lot of motivation, a lot of hunger and I think people see me as [an] amateur. Jake Paul's open workout provided some unusual warm-up techniques and very little boxing action. Is it all mind-games from Paul?

"There's sort of a big difference and there's a big gap in between where I'm actually at and what the general audience will think, but I'm excited again to show my ability again on Saturday, against Ben who is a world-class fighter."

The 24-year-old then compared his career trajectory to that of Mayweather, who won a bronze medal at the 1996 Olympics before going on to amass a 50-0 record as a professional, becoming a five-weight world champion along the way.

"I'm in my third pro fight, I'm fighting eight rounds, headlining one of the biggest pay-per-views that could happen this decade," Paul said.

"If you look at Floyd Mayweather, his third fight was six rounds, he got paid $7,000 and I don't think anyone in this room probably watched it."

'McGregor fight closer than anyone thinks'

Mayweather's last professional fight came against Conor McGregor, and Paul believes he will also get an opportunity to face the mixed martial arts star in a boxing ring. 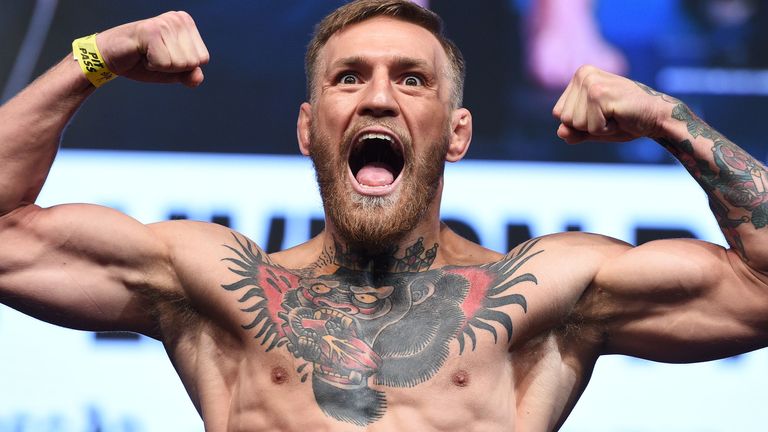 McGregor has been chasing a fight with Manny Pacquiao, but Paul believes he is far more likely to end up facing the Irishman.

"I think we both are on a road to each other," Paul said. "You know he wants another boxing fight, he wants to fight Manny Pacquiao - he would get toasted. He just keeps on taking Ls (losses).

"I think him fighting me would not only be his money fight, but it would technically be the 'easiest' challenge right?

"I think fighting Jake Paul would probably be easier than fighting Manny Pacquiao and it would be just as big, and I think we're a lot closer to a Jake Paul-Conor McGregor fight than anyone thinks - I think it could happen in the next 24 months."