"Provided that Joseph Parker does not make a silly mistake, and executes his game-plan, then I see him retiring Derek Chisora," manager David Higgins says the British heavyweight could be forced to consider his future

Chisora's high stakes clash with Parker is just nine days away on May 1, live on Sky Sports Box Office, on a blockbuster bill that also includes Katie Taylor's undisputed lightweight title fight with Natasha Jonas and the return of Chris Eubank Jr.

Promoter Eddie Hearn has informed Parker that he is one win away from world title contention, and Higgins believes Chisora could be forced to consider his future in the sport after a crushing defeat. 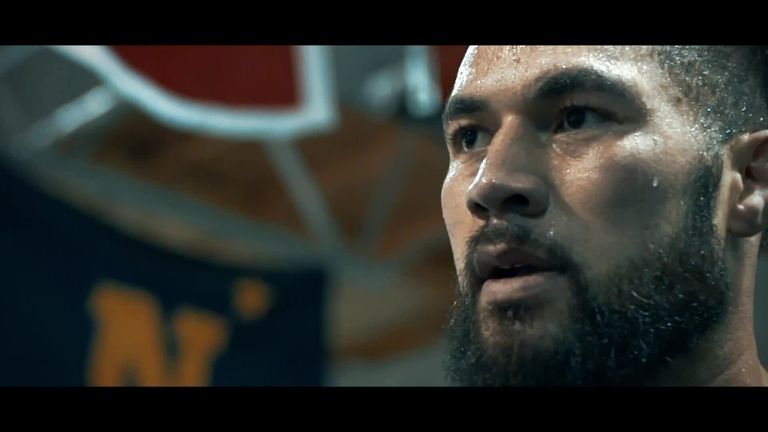 Chisora reignites his heavyweight rivalry with Parker on May 1

"On his day, he [Chisora] can show up and knock someone out, like he did against Carlos Takam and so we've always got to be wary of that," Higgins told the Ringside Toe 2 Toe podcast.

"But provided that Joseph Parker does not make a silly mistake, and executes his game-plan, then I see him retiring Derek Chisora.

"I'm not sure what David Haye does, besides managing Chisora, and so because I like the bloke I might offer him a job with Duco Events.

"David Haye is welcome to come and work here in New Zealand, for me, after the fight."

But rival manager David Haye has warned that Parker could be on the receiving end of a punishing assault if he engages Chisora at close quarters.

"I hope that Parker wants to stand and have a punch-up with Derek. If he tries to outbox him, it could be pretty ugly, so I'm hoping he wants to stand there.

"I'm hoping he wants to make a statement to the heavyweights out there, 'I'm going to go out there and take Derek Chisora out'. If he does that, we've got ourselves a beautiful showdown."

Both fighters have hired new trainers, with Chisora bringing in Buddy McGirt, while Parker has recruited Andy Lee.

Higgins has questioned Chisora's appointment, recalling how McGirt was in charge of Monte Barrett's disastrous defeat to Shane Cameron in Auckland.

"I hope it's a better camp, this time with Chisora," said Higgins. "Nothing against Buddy McGirt, but I think Buddy would agree that the whole Monte Barrett camp was an utter shambles that ended in disaster.

"I hope Chisora has made the right decision with Buddy and I hope they are training hard and well, because we're certainly in a good space."

Haye has welcomed the addition of the respected American cornerman, telling Sky Sports: "Him hiring Buddy McGirt, a former champion boxer himself and a 'Hall of Fame' coach - he's been there in the biggest occasions and we're just hoping, come fight night that the Buddy McGirt factor will play a major role in this fight.

"I've never seen Derek as connected with a coach as he is with Buddy McGirt. I think the experience factor really means a lot to Derek, going into a fight like this."

Parker, a former WBO champion, can strengthen his status as a potential challenger, if a belt is vacated following Anthony Joshua's expected undisputed world title fight with Tyson Fury.

But Higgins admits that Parker's prospects would look bleak following a career-damaging loss to Chisora.

"This is a fight where if Joseph wins, he's got a genuine second world title shot, right in front of him. Eddie Hearn has confirmed that," said Higgins. "Maybe against Usyk, whoever, it doesn't matter.

"The winner will be on a world title shot, I'd say within a year, and the loser will be on the scrap heap. If it's Derek Chisora, I'd say he'll probably retire.

"If it's Joseph Parker, he's got to ask some really hard questions, whether he is in the top echelon and should continue his career."

Watch Chisora vs Parker and Taylor vs Jonas on May 1, live on Sky Sports Box Office.