Joshua Buatsi extends undefeated record to 14-0 in his first outing with veteran trainer Virgil Hunter in his corner; he plans to return in July and box twice more this year as his world title push gathers pace 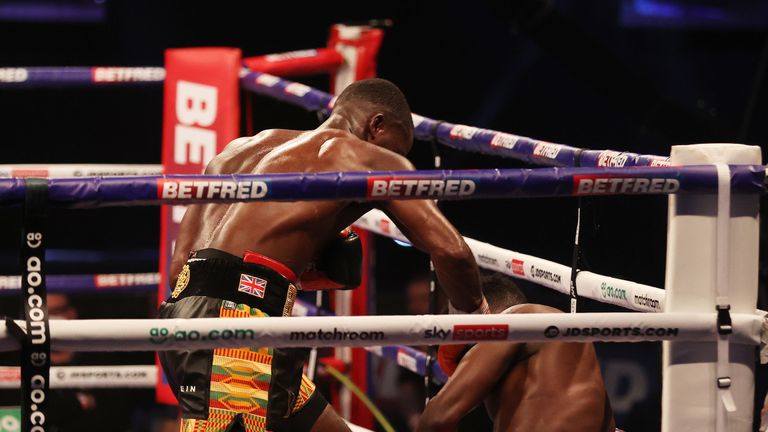 A massive right hand by Joshua Buatsi ended the fight

Joshua Buatsi knocked out Daniel Dos Santos with a brilliant right hand in the fourth round of their fight in Manchester.

The prodigious British talent won the battle of undefeated light-heavyweight contenders with a vicious overhand right which slumped his rival to the canvas.

Buatsi had the feted veteran trainer Virgil Hunter in his corner for the first time and the resounding result puts him on a collision course with the division's best.

The world titles are held by Artur Beterbiev (IBF and WBC), Dmitry Bivol (WBA) and Joe Smith Jr (WBO) and Buatsi's chances of challenging for the first time increased after his 14th career win, and his best knockout to date.

Buatsi floored Dos Santos in the second round with a chopping right hand, sending him face-first to the canvas.

In the third, the Frenchman who had turned his life around after a lengthy stint in prison, bundled Buatsi to the floor out of sheer desperation but it only enraged the Brit.

Twenty seconds from the end of the fourth, Buatsi uncorked a perfect right hand which knocked Dos Santos out instantly - on his way down, Buatsi clipped him with another punch.

After Dos Santos recovered and burst into tears, Buatsi respectfully consoled him rather than celebrating.

It was a serious statement after questions were asked when Buatsi emerged from a difficult fight in his previous outing with Marko Calic.

He retained his WBA international belt which keeps him in world title contention. 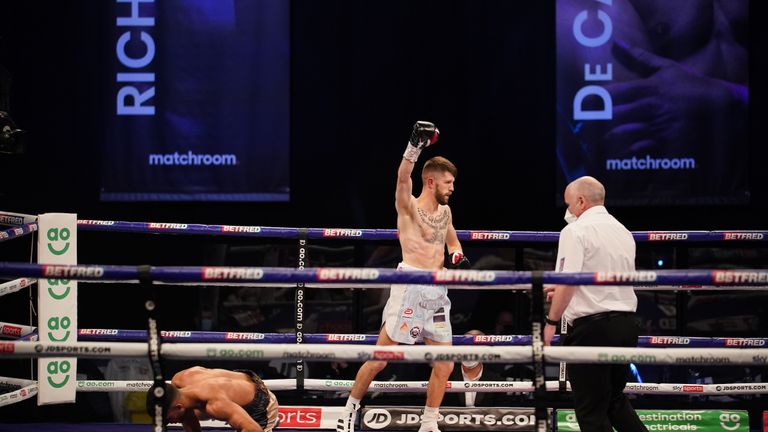 Yafai was down in the second, fourth and sixth rounds and spent the rest of the fight desperately trying to salvage his belt, but to no avail.

It was Cunningham's counter-punching from his southpaw stance which caused Yafai so many problems and sent him tumbling down three times.

Yafai bravely remained in the hunt and enjoyed a brilliant 10th round where he thought he had scored his own knockdown, only for the referee to rule it as a trip. 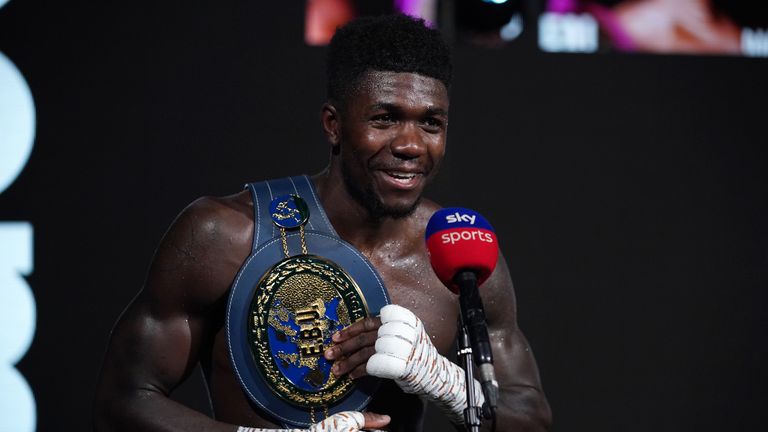 Lerrone Richards treated everyone to a rendition of 'Hot Cross Buns'...

Richards, who had previously won British and Commonwealth honours, ran rings around De Carolis to secure a unanimous decision.

Italy's De Carolis, a former world title challenger, could not lay a glove on Richards who is now unbeaten in 15. 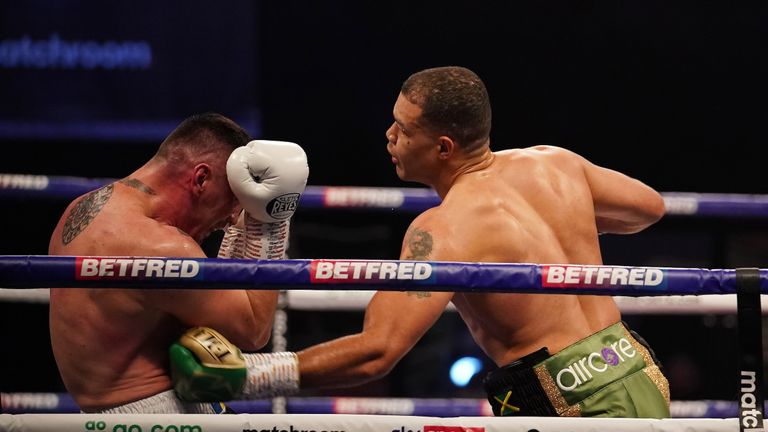 Tommy McCarthy will face Chris Billam-Smith next - there is no love lost between the two camps!

Tommy McCarthy successfully defended his European cruiserweight championship for the first time by stopping Alexandru Jur in the sixth round, twice flooring him with body shots. 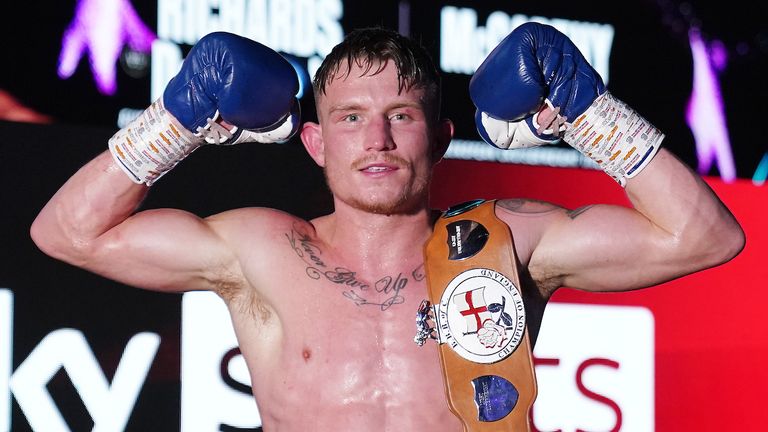 The referee stepped in with Appleyard still on his feet when Smith's onslaught became too much. Smith is now unbeaten in eight.