"Be careful. This might not be what you all think it is. The boy can hit," former trainer Shannon Briggs believes Logan Paul's punch power will surprise Floyd Mayweather when they share the ring, live on Sky Sports Box Office

Logan Paul will "shock the world" when he shares the ring with Floyd Mayweather as the YouTuber has surprising punch power, says former trainer Shannon Briggs.

Briggs insists that Paul's boxing skills should not be dismissed and had predicted that the 26-year-old would trade punches with one of the sport's biggest stars.

IS FLOYD IN FOR MORE SURPRISES?😅

"You know what, keep your eyes on this guy.

It's happening, and I felt his power before. Listen to me, he can hit.

"From having trained him, and saying this, 'You're going to fight Floyd Mayweather one day.'

"He looked at me and I said: 'You're going to fight Floyd Mayweather one day.'

"For this to be happening, I'm telling you, I kid you not, I said it.

"It's happening, and I felt his power before. Listen to me, he can hit. I'm telling you, the boy can hit.

"Be careful. This might not be what you all think it is. The boy can hit." 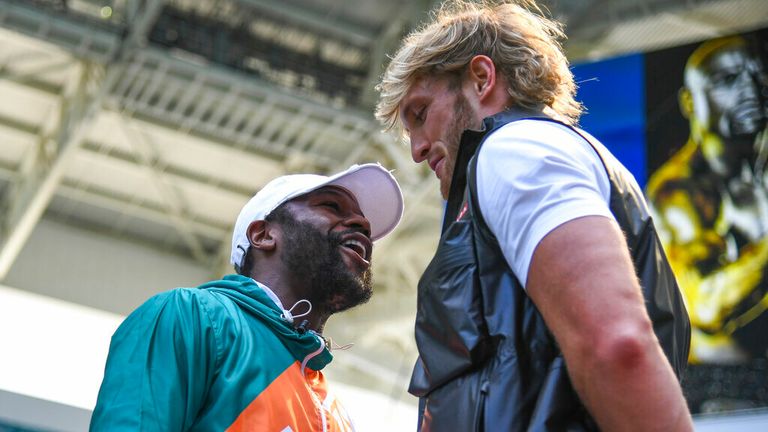 Briggs had prepared Paul for his professional boxing debut in 2019, which ended in a split decision loss to YouTube rival KSI.

But the former world heavyweight champion believes Paul could still provide an intriguing challenge for Mayweather, particularly with an expected 30lbs size advantage.

"What I will say about this kid is that he can punch, for what it's worth," said Briggs.

"It is the great Floyd Mayweather, but this kid is bigger, and he's got some quick punches man.

"He's had more time to get better and learn.