Lauren Price delivered a dazzling points victory over Li Qian to secure the Olympic gold medal in the middleweight final in Tokyo.

The 27-year-old Welsh boxer added a second gold for Team GB's boxing squad as she utilised her clever foot movement and swift hand speed while defeating China's Qian with a 5-0 unanimous decision.

Boxing off the back foot, Price darted into range to deliver crisp combinations on Qian in the first round.

Price lured Qian into sharp punches in the second, following up her accurate jab with stinging left hands. 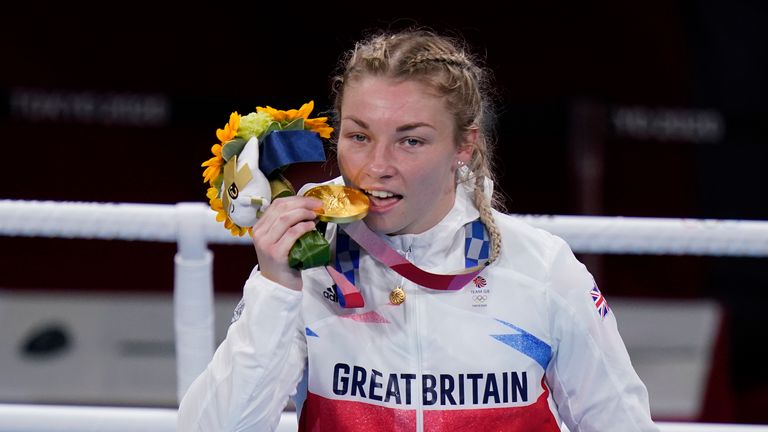 After earning a commanding lead, Price then picked off Qian with ease as she completed a dominant triumph in the third.

"I'm over the moon, a huge thank you to everyone who supported me on this journey," Price told BBC.

"From starting off at eight years of age, to everyone back at home who has shown me so much support. It means the world and it's got me through.

"A big shout out to my nan, I can't wait to see her. My grandad passed away last year. This is for him, and my nan, I know he was looking down on me today and all week, I can't put into words what they've done for me over the years."

Galal Yafai claimed the first gold medal for Team GB's boxers on Saturday when he defeated Carlo Paalam in the flyweight final.