Hughie Fury will fight a 'high-calibre' heavyweight rival as he edges closer to a world title shot, says Peter Fury

"That's exactly what we're looking at. We'll definitely get somebody of high calibre," Peter Fury is finalising an opponent who would push his son Hughie towards a world heavyweight title shot 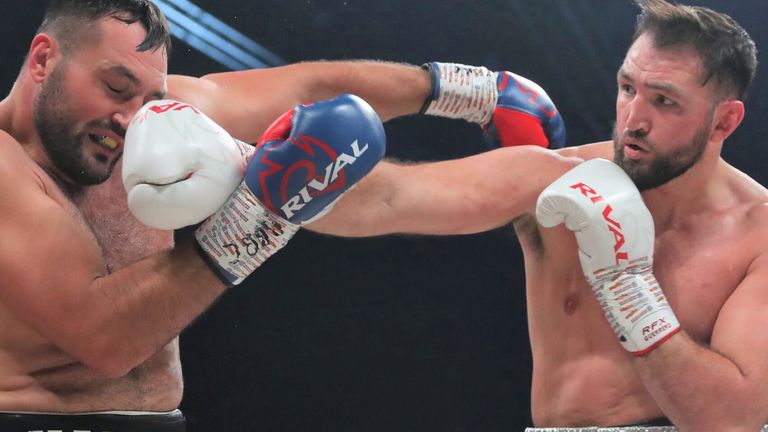 Look back at Hughie Fury's ferocious assault on Christian Hammer

Hughie Fury is set to receive a fight against a "high-calibre" heavyweight, which propels him towards a world title shot, says his father and trainer Peter Fury.

The 27-year-old contender produced an impressive stoppage of Christian Hammer last month, following up a dominant points win over Mariusz Wach, and Fury is now set to collide with a dangerous rival.

Peter Fury has narrowed down a shortlist as he seeks to confirm a top-level opponent before the end of the year. 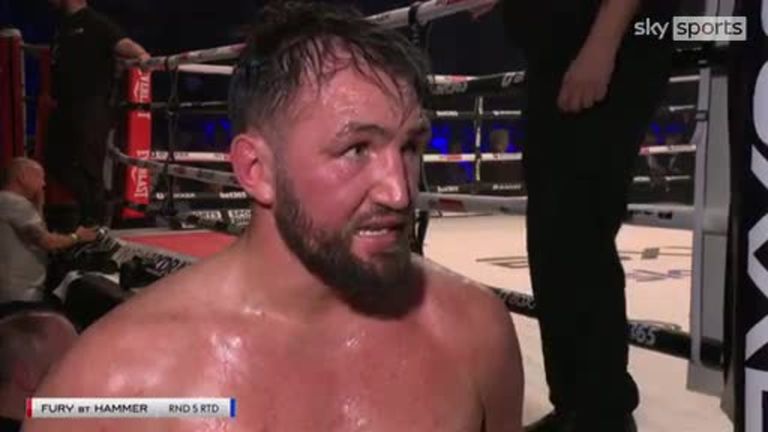 Fury says he 'sickened' Christian Hammer with his brutal punches

"We're just sorting out opponents right now, and we're busy with it," he told Sky Sports.

"That's exactly what we're looking at," said Peter Fury, when asked about a world-ranked opponent.

"We'll definitely get somebody of high calibre."

Hughie Fury sits at No 4 in the WBA rankings and could take a sizeable step towards challenging Oleksandr Usyk, the WBA, IBF and WBO champion, if he can secure an eliminator fight.

Michael Hunter, who is positioned at No 2, would be open to a potential clash with Fury.

"If the people are interested, then let's do it," Hunter told Sky Sports.

"I'm at No 2 right now. I know [Daniel] Dubois is in front of me. If I had to fight Hughie Fury to make something happen, to stir up some stuff, I would easily do so.

"I would definitely step in there with no hesitation if it put me in the right position."

Martin Bakole accepted an offer to fight Tony Yoka, in a battle between two of the other rivals who are ranked in the WBA top 15.

But the Congolese fighter could turn his attention to a fight against Hughie Fury, says his trainer Billy Nelson.

"I think it would be a very good fight between Hughie and Martin," Nelson told Sky Sports.

"It's one that Martin would gladly accept."

Promoter Ben Shalom has revealed that Hughie Fury could receive a big domestic clash next year against Derek Chisora, who will renew his rivalry with Joseph Parker in a rematch next month.

"He's got to get past Parker first hasn't he. Maybe it will [happen], maybe it won't," said Peter Fury.