Tommy Fury warns Jake Paul to expect first-round knockout: 'He will realise that I'm not a YouTuber'

Tyson Fury says: "[Jake and Logan Paul] are not fighters. Tommy will knock him into next week." 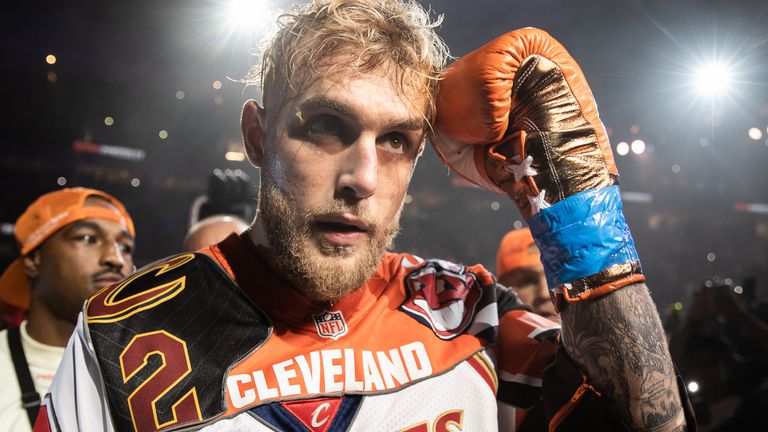 Jake Paul and Tommy Fury's heated backstage bust-up which set up this fight!

Tommy Fury vowed to prove his credentials by knocking out Jake Paul inside one round when they got into a bad-tempered argument ahead of their grudge fight.

Paul sat in a swimming pool and shouted back-and-forth with Fury over a press conference on Wednesday before their animosity, which began on social media, gets settled inside the ring on December 18.

"Talking doesn't win fights," Tommy Fury said. "I'm not engaged in all this because I don't care.

"When he jumps through the ropes he will realise that I'm not a YouTuber."

"[Jake and Logan Paul] are not fighters. Tommy will knock him into next week."

Paul shouted back: "He doesn't have a chin. He's never been hit hard by anybody.

"He has fought nobody. He couldn't crack an egg!"

Tommy Fury said: "After our last fights on the same card, I rocked up with four people to his after-party.

"I saw him and what did he do? He didn't [do anything]. He sent a security man over to say: 'Please leave'.

"When he gets in the ring with me, he will find his level. He'll be out in the first round."

Tommy Fury hit back: "I asked [Jake's brother] Logan Paul! You are living off your brother's name!"

Paul claimed his training camp has been longer and has included a higher calibre of sparring partners than Fury's, and he traded insults with his opponent's father John.

"You are vicariously living through your sons," Paul told John Fury.

YouTube sensation Paul has won all four of his boxing matches since turning professional - he has most recently beaten two ex-UFC fighters.