"Yes, absolutely. They are reaching out. They are talking to us, but when they get serious, they know who to call," Kubrat Pulev's promoter Ivaylo Gotzev confirms that contact has been made about Joe Joyce fight 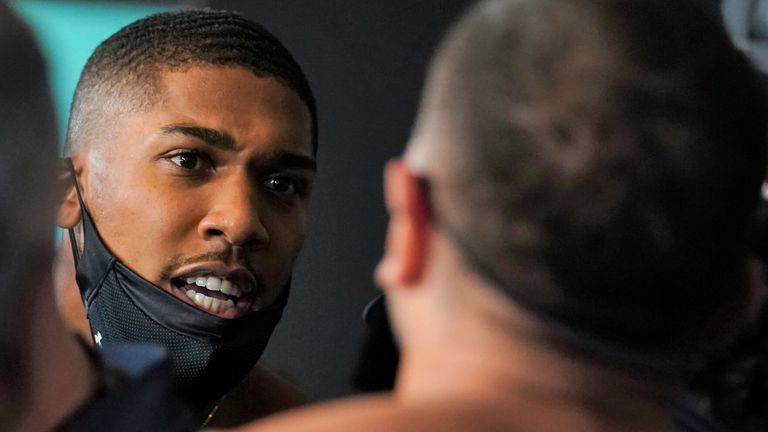 The British contender is within touching distance of a world title fight after a stoppage victory over Carlos Takam in July.

But Joyce is assessing his future options, which could include a clash with Pulev, who was stopped by Anthony Joshua while challenging for the WBA, IBF and WBO belts last December.

"We've been getting a lot of offers. Joe Joyce is looking for us.

"Kubrat is definitely not a stepping stone for no-one, so we're going to pick and choose our battles, and get him back to where he feels great.

Pulev, who has only lost to Joshua and Wladimir Klitschko in 30 fights, makes an unlikely return this weekend in a Triad Combat Rules bout against former UFC champion Frank Mir.

If he emerges victorious, then negotiations could be resumed about another fight in Britain.

Asked if he has been contacted by Joyce's team, Gotzev told Sky Sports: "Yes, absolutely. They are reaching out. They are talking to us, but when they get serious, they know who to call.

"I want to hear from (Joyce's promoter) Frank Warren himself."

Joyce has also been linked with a fight against Tyson Fury, who is awaiting confirmation of his next opponent, with the WBC yet to announce an expected mandatory defence versus Dillian Whyte.

"He's No 1 with the WBO and No 2 with the WBC and he wants to win belts. I'm speaking to his promoters (headed by Frank Warren) regularly and they know what our objectives are.

🤔 "He told me that he will definitely be fighting in February or March but doesn't know who it will be against..."

"A fight with a boxer of Fury's quality is something he would relish.

"Joe's durability and engine are a match for anyone in the sport."