After "career-worst performance" against Jack Catterall, Josh Taylor explains what went wrong and why he's seeking a rematch; Taylor's quest for respect will see him move up to welterweight if Catterall fight can't be made; "I became undisputed world champion and it got ignored!" 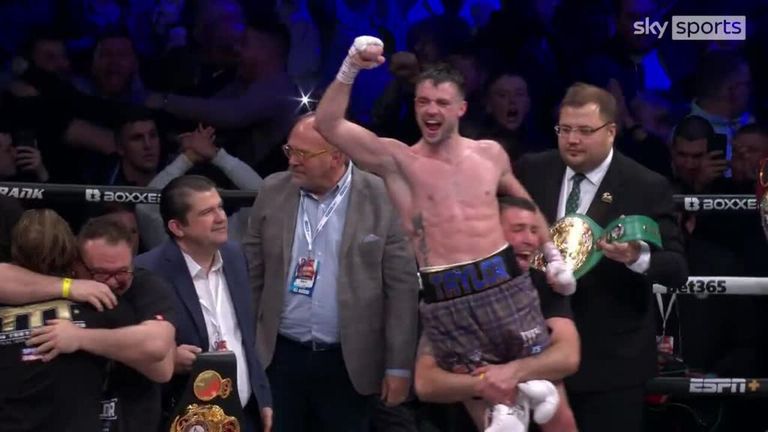 Josh Taylor became the undisputed super-lightweight champion last year, a momentous achievement for a British boxer. He unified all four of the major titles when he beat Jose Ramirez in Las Vegas and did it in only 18 professional bouts.

Yet the proud Scotsman feels like his controversial February win over Jack Catterall in Glasgow has overshadowed all those achievements, denying him the respect he deserves.

"I've had more attention after that fight than I have from my biggest fight in my career when I became undisputed world champion, first person to do it from the UK ever, and it got kind of ignored," Taylor said. 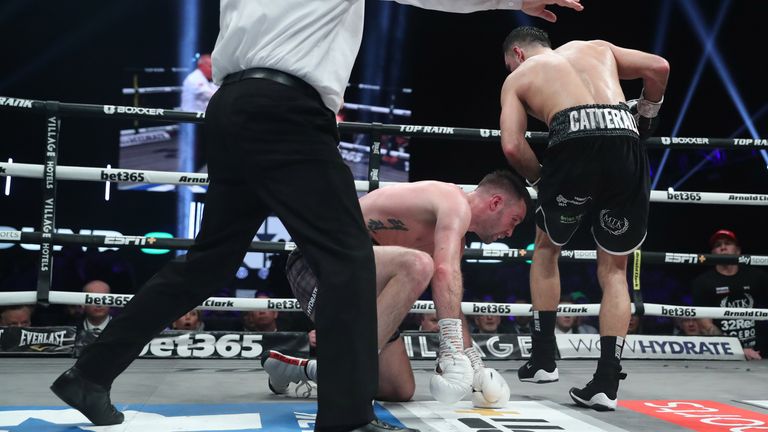 Jack Catterall knocked down Josh Taylor in the eighth round, with the Englishman looking to cause an almighty upset

"Maybe if I'd have been someone else from somewhere else on a bigger platform it would have been completely different.

"My achievements have gone under the radar quite a lot."

The rivalry with Catterall, since Taylor's much-debated points victory in Glasgow, has become bitter. The Scotsman has a score to settle.

"You can see I just wasn't myself, my career-worst performance. 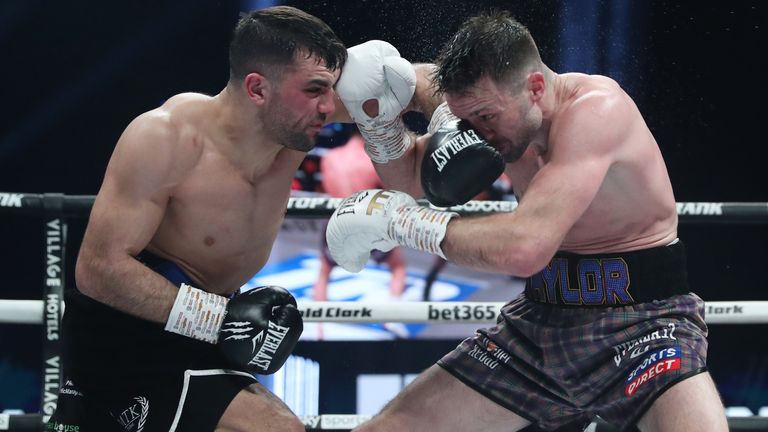 "I'm looking forward to getting back in the ring and returning to my former talents, my former displays and former self of being spiteful and going in for the kill."

Vacating the WBA and WBC titles means Taylor won't be obligated to face the mandatory challengers for those belts. That should free him up to rematch Catterall. It's certainly the fight he wants. But if it can't be made, he said, "I'll be moving up to welterweight and chasing a second weight world title.

"I'm not hanging around, I'll be moving to welterweight and trying to chase fights up there," he said.

"I feel I've had a fast rise to the top of the sport in my career, so I've earned my stripes, so to speak. I've come up and fought every fighter in the division, champion after champion.

"I feel I've earned my stripes to be in big lucrative fights now and that's what I want to do."

That was always his goal. But as an amateur Taylor almost lost direction. It was Danielle, now his wife, who kept him focused on his goals. "When I was coming through, before I turned professional, I wasn't enjoying it. I never had any money, I would never do anything and I just couldn't see a light at the end of a tunnel," Taylor said.

"But obviously I believed and wanted to become world champion more than anything but really I was like, 'Why am I doing this? I've not got £5 to my name, my friends are away on holiday, buying cars and houses,' and I just never had any of that.

"I was like, 'Why am I doing this? I'm not getting anything out of it.'

"She was always there saying, 'Stick at it, this is your dream, you're going to do it' and just being my rock."

Taylor has reached the summit of the sport. But now he's there, he still has plenty he wants to prove.