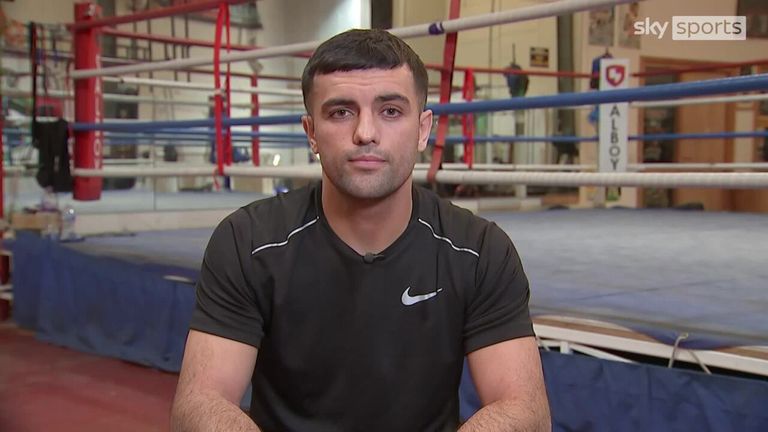 Jack Catterall has signed a multi-fight promotional deal with BOXXER, with his contests to be screened on Sky Sports as he continues his hunt for a super-lightweight world title.

In February, Catterall lost a highly-contentious split decision to undisputed 140lb champion Josh Taylor in Glasgow. He is now looking for a rematch and the chance to settle the score with the excellent Scotsman.

"I'm super excited," Catterall told Sky Sports News on Friday. "I think this next stage of my career now is vital, and I believe with BOXXER and Sky Sports that I will be crowned world champion in the future.

"I'm looking forward to getting the green light, getting back in training camp and going and challenging for those world titles.

"Yeah definitely [a rematch with Taylor]. We all saw the controversy over the last fight, and there's definitely something to put to bed with Josh.

"Who knows...hopefully that fight can be made in the future and I would look to do the job properly this time and put it to bed.

"Initially the first few days [after the fight] were deflating, but I've got a great team around me, a great family. I'm in the gym, I enjoy being in the gym now and it's about using it as motivation.

"It's fire in the belly, and I think after that last fight I proved that I belong at the world level.

"I've had a lot of domestic fights over the years and I want to go on now and capture those world titles, so it's made me extra motivated to get back in and prove to everybody that I do belong at the top.

"Every cloud has a silver lining. I didn't get the result in Scotland in February, but the support I've had after the fight has been amazing and hopefully all the new fans can continue to support me going forward.

"Josh has said and done things after the fight I don't think the public have taken well to, but it is what it is. It's nothing to do with me.

"Ultimately, I would love to get that fight again and go and settle it.

"Hopefully that can be done sooner rather later, but the main focus is me now and moving forward with BOXXER and Sky Sports, and getting settled into the next stage of my career." 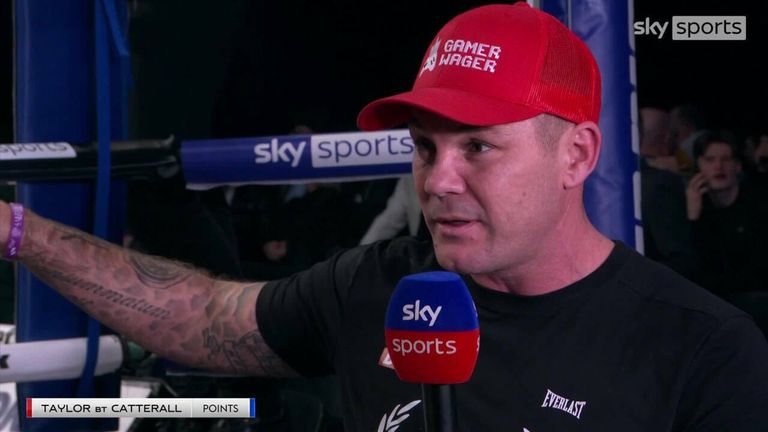 Catterall added: "This feels like a fresh start. I fully believe in my ability to go on and capture world titles with BOXXER. I'm still only 29-years-old so I've got some good years ahead of me in the sport. I want to deliver big fights for the fans.

"I genuinely believe that those big fights can be delivered through BOXXER and Sky. It's a huge platform for me to perform on and I am mega excited about it."

The reverse in Scotland is the only loss Catterall has suffered in a career that has seen him beat former Olympian Thomas Stalker and overcome Tyrone Nurse for the British title, as well as beating Tyrone McKenna and Ohara Davies among others, as he racked up 26 victories to earn his place as Taylor's mandatory challenger.

Adam Smith, head of boxing development at Sky Sports, said: "I am absolutely thrilled that Jack is joining the new era of Sky and BOXXER. This is a major announcement.

"I have been a huge admirer of Jack's for years - he has always brought entertainment, passion and will fight anyone. We will get right behind Jack as he aims to become a world champion in the near future."

BOXXER promoter Ben Shalom is looking to guide him to a world title and the rematch with Taylor has special appeal. 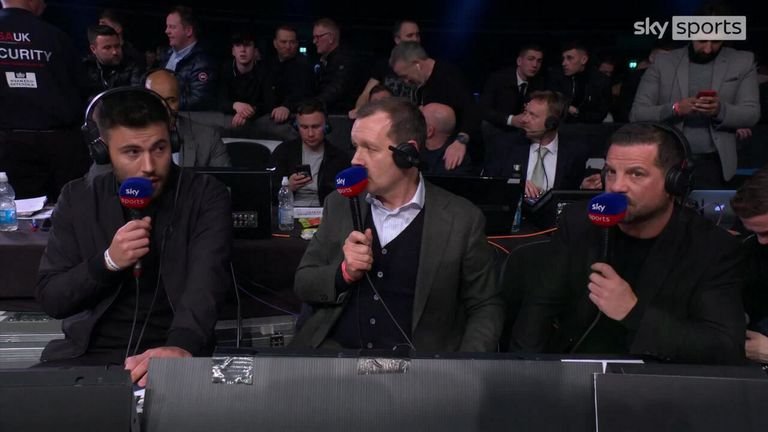 "We can hopefully make Catterall-Taylor II," he told Sky Sports.

"You saw the reaction on the night. The rematch had to happen, it was so unfortunate for Jack.

Taylor clearly is not shying away from a potential rematch. He is staying at the weight, even though it was hard for him to make, and has vacated two of his world title belts to free himself of mandatory commitments to leave the door open for another Catterall challenge.

"It must have been maybe hard for him to get up for that fight, having just unified, had been in such big fights, probably bigger fights on paper and this was a homecoming and maybe he did take his eye off the ball but just delighted that we can look to now make that fight for Jack."

He expects the rematch to be a different type of fight.

"It's going to have to be. I think they'll both have to think again. Josh will change things up and Jack will have to think again," Shalom said. "Josh now knows what the dangers are, he'll prepare mentally and physically much, much more. Not to say that he didn't last time but I think that switch in his head has gone and this is now a career-defining fight.

"It's exciting because there's that distaste there for each other, there's so much on the line and there's the whole judging thing and everything that will come back to the surface which I actually think is a good thing. It'll give us another chance to keep working with the Board and maybe this could be the first fight where we see some change to the judging system. 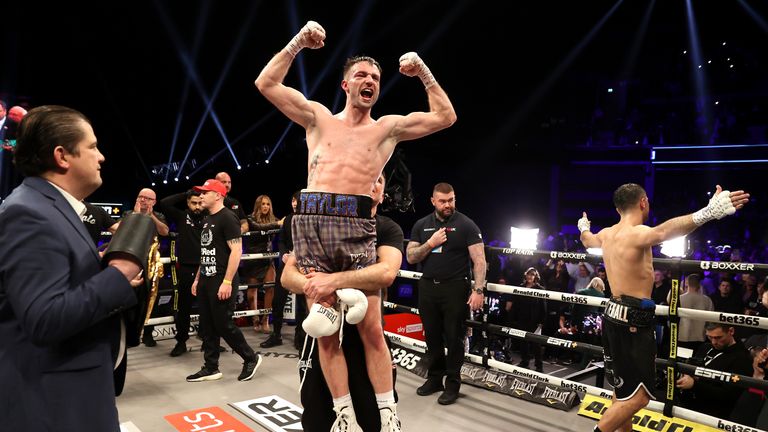 "It could be a landmark moment for boxing."

'Taylor wants to erase that performance'

Top Rank promote Taylor and are open to making that Catterall rematch.

"He wants to be up for the right fight and I think he's been digesting which weight class he wants to stay at and if he stays at 140lbs it's something he wants to do. He wants to redeem himself from the Catterall fight," Top Rank president Todd duBoef told Sky Sports.

"We're going to be coming to him with options. If that is an option, I know that is what he would like to do. He felt disappointed in his last performance and he wants to erase that.

"So I think Catterall is in his head in that way. So we're going to be offering him a number of opportunities and we will definitely be seeing him in the fall. He got married in the second week of June so he's taken some time off and we've planned for his return to the ring in the October, November time."