Oleksandr Usyk beat Anthony Joshua in Jeddah in August to retain the WBA, IBF and WBO belts. He questioned Tyson Fury's decision to fight Derek Chisora in December for the third time.

Oleksandr Usyk will only fight Tyson Fury next and has called on the "unpredictable" world heavyweight champion to agree to a bout in early 2023.

The Ukrainian's last fight was in August when he retained his WBA, IBF and WBO belts after a split-decision victory over Anthony Joshua in Jeddah.

Talks over an undisputed heavyweight contest with WBC-belt holder Fury took place immediately after the fight in Saudi Arabia, but the Brit will instead face Derek Chisora at the Tottenham Hotspur Stadium next month.

It means the wait for all the titles to be on the line continues and while Usyk is determined to fight Fury, his religious beliefs mean they must get in the ring by March 4 or will have to wait until later in the year.

"Right now my team is seeking conversations with Tyson Fury, and he is really an unpredictable person, so we can't guarantee when," Usyk said at the Web Summit in Lisbon.

"For me, the idea would be to fight maybe early February or the beginning of March, like March 4, because I am an orthodox Christian.

"During the great fasting before Easter I do not fight, so it should be all before or then after orthodox Easter (April 16). 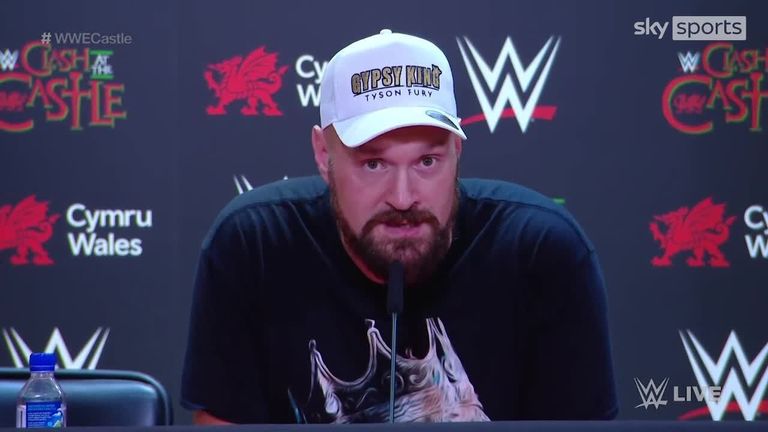 Usyk was in Lisbon to speak about the ongoing war in Ukraine and the importance of highlighting the actions of Russia.

The 35-year-old insisted Ukrainians will continue to "fight back against the aggressor and bully" of their neighbours and also raised the possibility of the world heavyweight title fight to take place in Kyiv.

"The organisers are trying to figure out where they can earn more money. For me, yes, I would really like to fight in Ukraine. The country is really capable of hosting this kind of fight.

"I would be really happy to see it happen in the Olympic Arena in Ukraine. But it is not me who chooses the venue, so I guess it will (this time) be Saudi Arabia."

Fury will fight Chisora on December 3, a third meeting between the pair, and Usyk questioned why it needed to take place.