Katie Taylor will establish herself as the world's best female fighter within a year, says Matthew Macklin

Watch Taylor vs Volante in Philadelphia from 11pm on Friday, live on Sky Sports Action 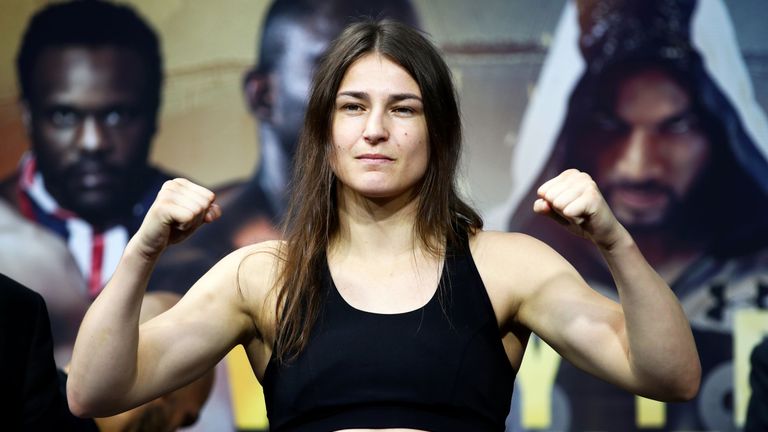 Katie Taylor will establish herself as the world's best female fighter within the next 12 months, says Sky Sports expert Matthew Macklin.

You only have to go to an Anthony Joshua fight, even a stacked card with several world title fights, and pretty much every single time Katie Taylor steals the show. She's the performance of the night.

Not only is she technically gifted, skill set and hand speed, but she's pretty tenacious. She's got that fan-friendly style, she likes to go to war. 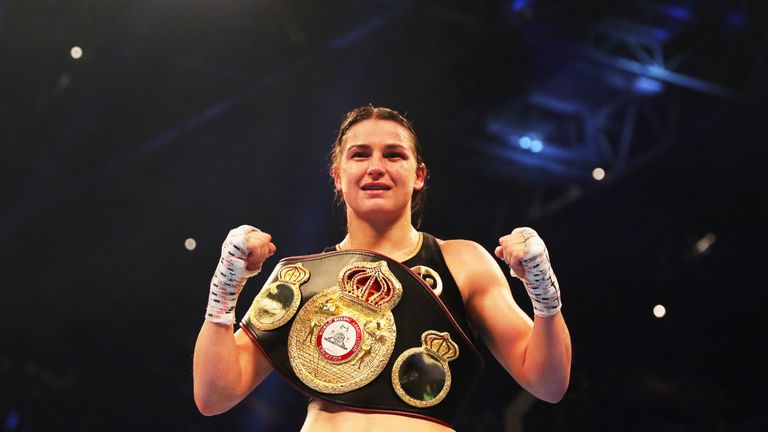 Some of these fights, I think to myself, Katie could sit and box behind the jab, but she likes to stand there, she wants to go into a trade-off.

Like Anthony Joshua said, all of us fighters watch other fighters, and you think 'I like the way they did that, I'm going to try and incorporate that into my style'.

For me, I believe she's the best pound-for-pound female fighter in the world. She will establish and cement that over the next 12 months.

I remember watching Katie Taylor for the first time. Her footwork, the way she bounced on her toes, gives the little feints and then closes the distance really quick. I remember trying to replicate that myself.

Male or female, gender out of the window, Katie Taylor is one of the best fighters in the world. For me, I believe she's the best pound-for-pound female fighter in the world. She will establish and cement that over the next 12 months.

Katie Taylor has won five gold medals in world championships, six European gold medals. Ireland is a small country, so she is probably the most successful athlete that Ireland has ever produced.

Brian Peters, her manager, was quoted during the week that he believes Katie Taylor is Ireland's greatest ever athlete. That's quite a statement, you've got Brian O'Driscoll - they've had some fantastic sports people over the years.

If you look at dominance and consistency, and longevity, who can match what Katie has done, really?