Birmingham Phoenix guilty of dropping four catches in the outfield as Oval Invincibles chase down 130; one of those drops proved particularly costly as Dane van Niekerk kicked on to a match-winning score of 67 from 51 balls 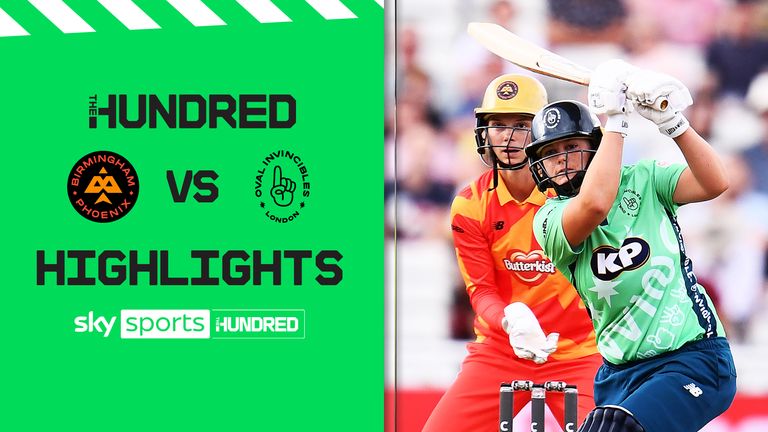 The best of the action as Birmingham Phoenix faced Oval Invincibles in The Hundred.

The Invincibles had faltered in their two previous games, in pursuit of modest run-chases, but Van Niekerk corrected that on this occasion, smashing eight boundaries and one six in her unbeaten 67 from 51 balls after promoting herself up the order.

The visitors had earlier restricted the Phoenix to 129-9 from their 100 balls, with left-arm quick Tash Farrant the star as she took 3-23 from her 20 deliveries.

Erin Burns struck 45 from 28 balls while wickets fell around her to at least give Birmingham a target to bowl at, though when Van Niekerk and Georgia Adams (42 from 30 balls) put on 90 together for the opening wicket it looked like the Invincibles were romping to victory.

Left-arm spinner Kirstie Gordon (2-20) stepped up with the all-important breakthrough, and also bowled Fran Wilson for four soon after to suddenly drag her side back into the contest.

But Van Niekerk's onslaught kept pace, and talented youngster Alice Capsey (14no off 11) came in and struck the winning runs with a boundary whipped square on the legside to see the Invincibles over the line with three balls to spare. 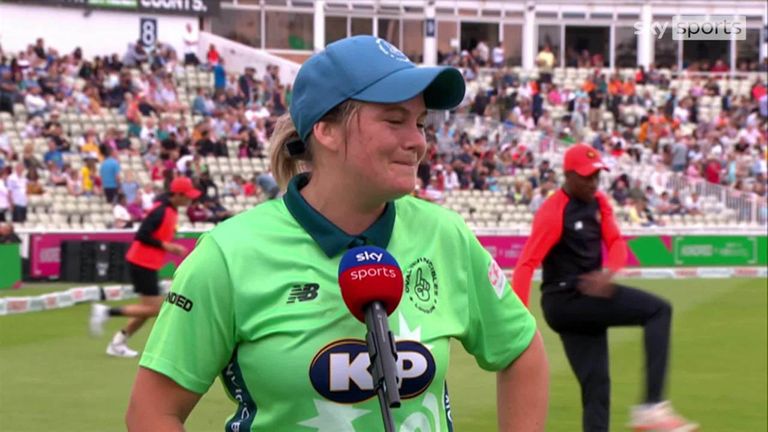 It could have all been so different for the Phoenix had they not shelled as many as four catches in the outfield! 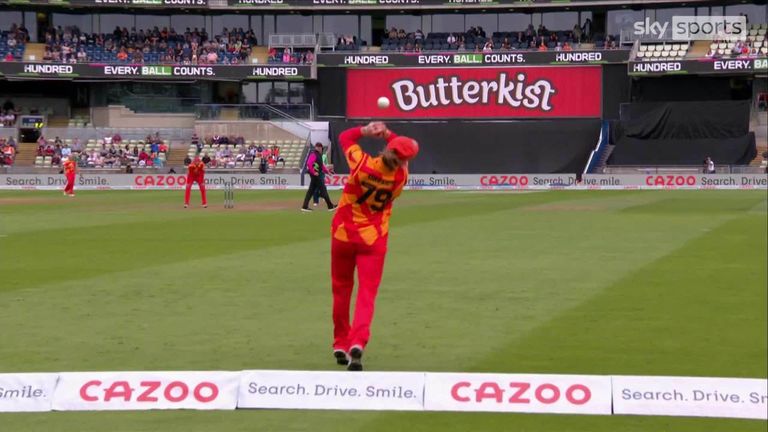 Birmingham Phoenix dropped four catches on their way to defeat against Oval Invincibles, including one which was palmed for a six on the boundary!

Adams was put down twice, firstly by Katie Mack at deep square-leg with the 24th ball of the innings and then by Gwenan Davies at long-on, parrying the ball over the rope for a six to boot, to the 58th.

Most crucially, however, was Gordon's error six balls earlier in putting down Van Niekerk herself, an absolute sitter at mid-off, while she was also guilty of dropping Capsey first ball off her own bowling.

Van Niekerk, after a couple of disappointing defeats at the hands of the Northern Superchargers and Welsh Fire, stepped up as skipper and shouldered the responsibility of the run chase at the top of the order. 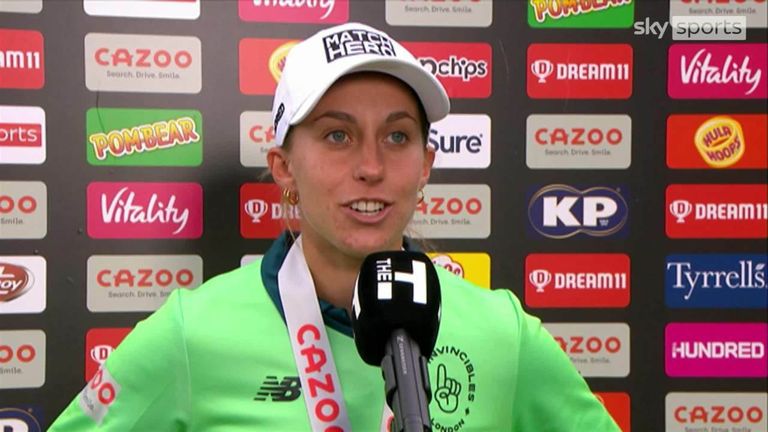 Tash Farrant was the Hero of the Match for Oval Invincibles in their win over Birmingham Phoenix after taking three wickets with her 20 balls.

Adams also served as a fine support act in firing five fours and a six in her enterprising knock, while tournament-leading wicket-taker Farrant's fine form with the ball continued. The Invincibles are beginning to look precisely that.

Invincibles captain, Van Niekerk: "We had to win today and I have to give credit to the whole team. With a few injuries to deal with, the team has really got together and we executed our plans well. It was a satisfying win.

"In the Hundred it is very hard to catch up so if you start well in both innings it helps a lot and that was our game plan coming into both innings."

It's off to Emirates Old Trafford on Thursday as Manchester Originals play host to Southern Brave in our latest double-header of Hundred action.

It's a case of top vs bottom when the women meet live from 3pm on Sky Sports Mix, with the Brave having won each of their opening four fixtures, while the Originals are still looking to get off the mark.

As for the meeting of the men - live on Sky Sports The Hundred from 6.45pm - it's all much tighter, with the home side sitting on five points from four games and the Brave on four ahead of the key clash.

Both games will also be available live on the Sky Sports Cricket YouTube channel!