With Jos Buttler, Jonny Bairstow and Mark Wood among those missing, David Payne, George Garton and Harry Brook could make England debuts in the Caribbean; after the Ashes debacle, players have chance to put themselves in mix for Test call-up when T20 series starts on Saturday

After a woeful Ashes campaign, both against the red ball and the pink, England return to action this weekend in their safe place of white-ball cricket with a five-match T20 series against West Indies.

Eoin Morgan's men will be without Ben Stokes, Dawid Malan, Jonny Bairstow, Chris Woakes, Mark Wood and Jos Buttler due to Ashes commitments - Buttler now has a busted hand as well - while Jofra Archer and the Curran brothers are among those injured.

The tourists will expect to cope just fine, such is the depth in English limited-overs cricket. If only there were such riches when it comes to the red-ball stuff…

Morgan will lead a 17-man party in Barbados, with Saturday's opening game followed by another on Sunday and then further matches on January 26, 29 and 30. Below is a guide to the players England can call upon…

Two left-arm seamers (David Payne and George Garton) and a talented batter (Harry Brook) will be hoping to play their first matches in any form of international cricket.

Gloucestershire bowler Payne was part of a hastily-assembled replacement England squad for last summer's ODI series at home to Pakistan with the initial party forced into Covid isolation, but he did not play a game during the 3-0 sweep.

The 30-year-old, who has bagged 243 wickets in in List A and T20 cricket combined, is hoping to use this trip as a way to force himself into contention for the Test portion of the tour in March.

Garton has also been on the fringes of the England camp for a while now. The Sussex seamer was initially called into the Ashes party in Australia four years ago, while he looked set for a debut last summer before Covid went a long way to scuppering that.

The 24-year-old claimed 10 wickets as Southern Brave won The Hundred in 2021 and also helped Sussex to Vitality Blast Finals Day, exploits that earned him an IPL stint with Royal Challengers Bangalore in the UAE in September. Garton is also a handy batter and an exceptional fielder.

Yorkshire batter Brook was a late addition to the England squad as cover for Sam Billings, whose arrival was delayed after he linked up with the parry following a raft of injuries.

Brook was touted for an England call-up by Ben Stokes last year after starring in The Hundred for Northern Superchargers.

"He is not scared of any situation, not frightened of any bowler. He just sticks to what works for him," Stokes said after Brook belted 62 from 31 balls against Welsh Fire at Headingley, an innings which included five sixes.

Brook was also the fourth-highest run-scorer in the 2021 Vitality Blast, with 486 runs at an average close to 70.

Billings, too, has been a consistent face in England's white-ball squads for a while now, just not always in the team due the presence of fellow wicketkeeper-batters Buttler and Bairstow. He is likely to wear the gloves in this series, although Tom Banton and Phil Salt are also options. 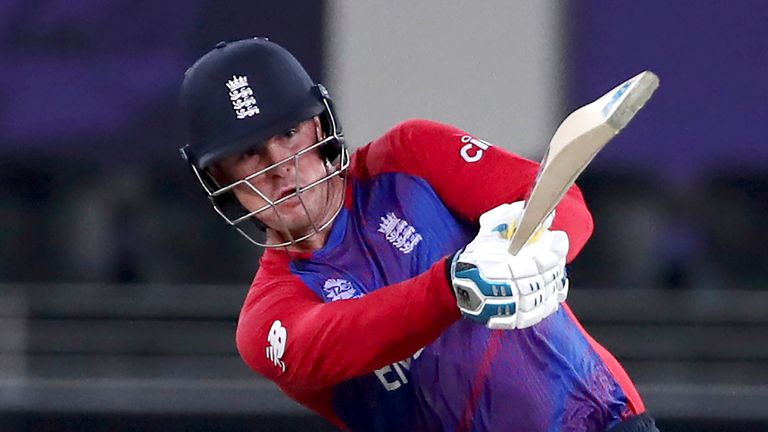 Roy is fit to open the batting after overcoming the left calf injury that ended his T20 World Cup early. He returned in style on Wednesday with a 36-ball century in a warm-up game against a Barbados Cricket Association President's XI - Roy ending up with 115 from just 47 deliveries.

Tymal Mills had embedded himself into England's T20 XI at the World Cup, with his searing pace and canny slower balls proving a real asset, but he then sustained a quad injury. Mills, like Roy, is healthy again now and could be his side's gun fast bowler with Wood absent and Archer still injured.

The next T20 Word Cup, in Australia, is only nine months away so a lot of the squad in the Caribbean will be aiming to stake a claim for inclusion in that tournament.

England's top-order is a tough one to break into - Buttler, Roy, Malan and Bairstow their usual first four - but Salt and Banton could thrust themselves into the mix with some strong performances.

Lancashire batter Salt, who spent six years of his childhood in Barbados, scored one half-century while opening in the ODI series at home to Pakistan last summer and is now in line for his maiden T20 appearance.

Banton has one ODI fifty and one T20I half-century to his name across 15 white-ball appearances for his country, with England fans only seeing glimpses of the quality and dominance he has displayed in county cricket for Somerset which have earned him comparisons with Kevin Pietersen.

James Vince is another batting option. The Hampshire strokemaker finally notched his maiden international century in an ODI against Pakistan in July having previously been unable to turn an array of glittering shots into that one breakout knock. Near misses include being run out for 93 on day one of the 2017/18 Ashes series in Australia.

If he finds form in the T20s, he could be a contender for a Test recall in March with England likely to make changes to their batting line-up after failing to reach 300 during this winter's Ashes. 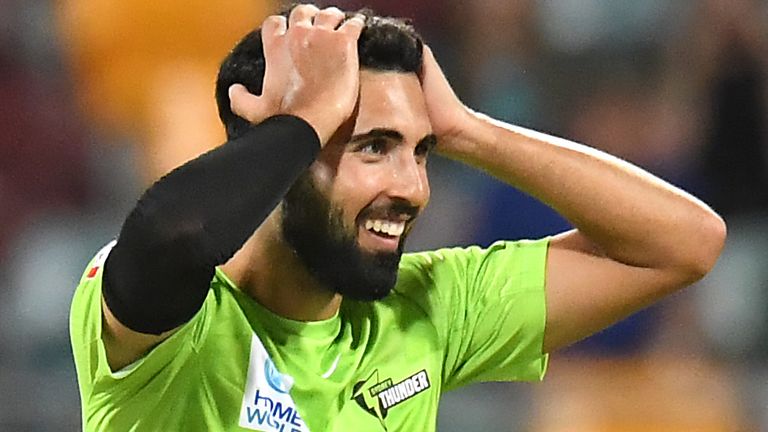 Lancashire fast bowler Saqib Mahmood, also being linked with a Test call-up against West Indies, was Player of the Series in the ODIs against Pakistan last year with a leading nine wickets, while a recent Big Bash League stint with Sydney Thunder yielded 13 wickets in just six games, including four inside his first two overs on debut against Brisbane Heat.

Reece Topley, the fourth left-arm seamer in the England squad, alongside Payne, Garton and Mills, took nine wickets for Melbourne Renegades in the Big Bash, so also has form behind him.

England's squad is completed by spin-bowling all-rounder Liam Dawson, who will provide back up for Moeen and Rashid.

Dawson has been around the England set-up for over five years now but has been limited to just 12 appearances across the formats.