Former Australia all-rounder Andrew Symonds has died at the age of 46.

Early reports from police reported Symonds died in a single car accident near Townsville, Queensland, where he lived after retirement.

In a statement, Queensland Police said: "Police are investigating a single-vehicle crash in Hervey Range, around 50 kilometres from Townsville, that's taken the life of a 46-year-old man.

"Early information indicates, shortly after 11pm the car was being driven on Hervey Range Road, near Alice River Bridge when it left the roadway and rolled.

"Emergency services attempted to revive the 46-year-old driver and sole occupant, however, he died of his injuries." 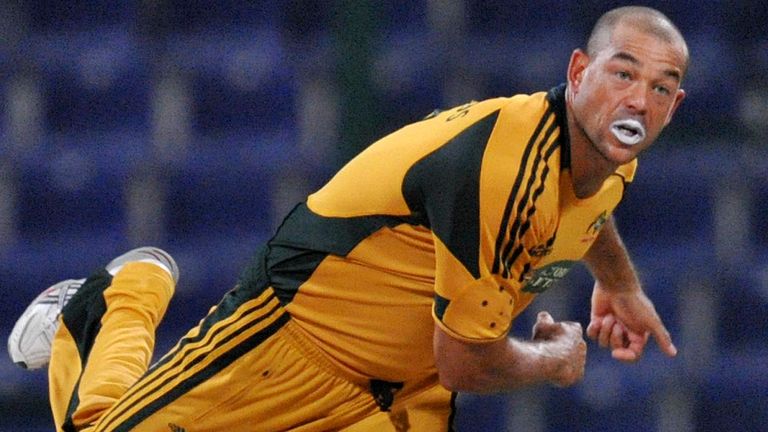 His family released a statement to confirm the tragic news and asked for privacy.

Australian cricketing legends Mark Taylor and Adam Gilchrist led the tributes to Symonds, with Taylor calling it "another tragic day for cricket".

"I actually can't quite believe it, to be honest," the former batsman and Cricket Australia (CA) director told the Nine Network's Wide World of Sports on Sunday.

Speaking of Symonds' legacy as a cricketer, Taylor said he was an "entertainer with the bat" and an "imposing guy" on the field.

"He just wanted to entertain... He wanted to go out there and have fun... That's the way he lived his life," he added.

Symonds, affectionately known as "Roy", played 26 Tests and 212 limited-overs internationals for his country and was noted especially for his ferocious hitting in the middle order.

Gilchrist reacted with similar shock and sadness, tweeting a number of crying and heartbreak emojis followed by "this really hurts". In a subsequent tweet, he wrote: "Think of your most loyal, fun, loving friend who would do anything for you. That's Roy."

In a statement, CA chair Lachlan Henderson said Australian cricket had "lost another of its very best". He said: "Andrew was a generational talent who was instrumental in Australia's success at World Cups and as part of Queensland's rich cricket history.

"He was a cult figure to many who was treasured by his fans and friends. On behalf of Australian cricket our deepest sympathies are with Andrew's family, team-mates, and friends."

'Symonds had an incredible cricketing intellect'

"Andrew Symonds is being remembered as a real character of Australian cricket. He loved to play the game, but also loved to do other things like fishing, hunting and hiking. He was a real asset to the dressing room.

"He came into the one-day international team in 1998; he was born in England [Birmingham], but Australia convinced him to play for his adopted country.

"He had a sort of patchy career up until 2003, going into the World Cup in South Africa - in fact, there were question marks over his position in that Australia team - but he certainly answered any critics there might have been with a fabulous unbeaten 143 in their first clash against Pakistan, which set them on the path to being the undefeated world champions.

"He made his Test debut a year later, and then two years after that, in 2006, he made a memorable first Test century at the MCG in the Boxing Day Test against England.

"But his career wasn't short of its fair share of controversy as well. In 2008, in Darwin during a series against Bangladesh, Symonds famously skipped training under the captaincy of Michael Clarke to go fishing instead. That had him out of the team for a period of time and it was probably the beginning of the end when it came to his international career.

"His wife Laura has described him as a really laid-back character, but also as someone who was quite self-conscious.

"She said he didn't go to university and that he always felt perhaps that people thought he wasn't that bright. That was unfair, because he really had an incredible cricketing intellect - which we saw on the Fox coverage here in Australia. He clearly knew the game backwards."