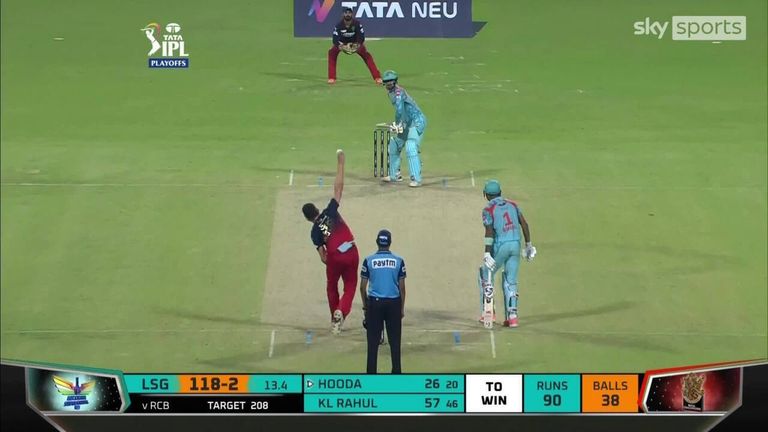 ​​​​Royal Challengers Bangalore's hopes of a first IPL title remain alive after Rajat Patidar's 49-ball hundred powered them to a 14-run victory over Lucknow Super Giants in the eliminator.

Three-time runners-up RCB will face Rajasthan Royals on Friday for the right to face Gujarat Titans in Sunday's final but Lucknow have been knocked out, with Patidar their chief destroyer.

The batter, only added to the RCB squad as a mid-season injury replacement, thumped seven sixes and 12 fours in an innings of 112 not out from 54 deliveries - his first century in T20 cricket. 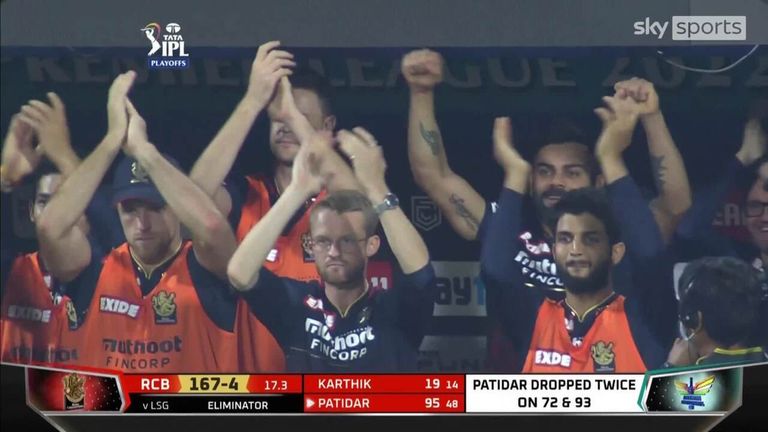 Patidar's hundred, plus a breezy 37 not out from 23 deliveries from Dinesh Karthik, lifted RCB to 207-4 from their 20 overs at Eden Gardens, as the side plundered 84 runs from the final five overs.

Patidar's highlights reel included five boundaries in a row - three sixes and two fours - off Ravi Bishnoi in the 16th over, although the second boundary in that sequence came as he was dropped in the deep on 72, while he was also spilled on 93 in the 18th over ahead of a 21-run 19th over.

Super Giants - making their IPL bow this season, just like confirmed finalists Gujarat - scored 193-6 in reply, captain KL Rahul the pick of the batters with 79 from 58 balls.

Dushmantha Chameera hit the next ball for four and a six in the final over but Super Giants came up short as their participation in this year's tournament ended.