Matthew Mott on Ben Stokes' white-ball future: "It's going to be a World Cup year and we don't play much T20 cricket for a while but it will be a decision that's up to him. The more we can get him is great. He's a world-class player." 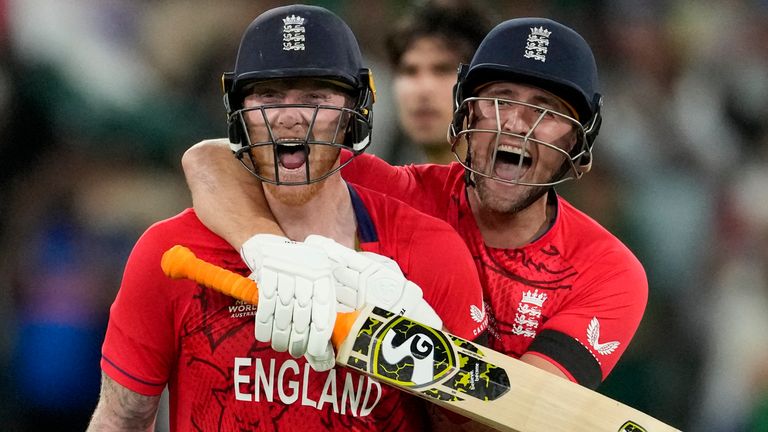 England head coach Matthew Mott hopes to persuade Ben Stokes to reverse his ODI retirement in time for the defence of their World Cup crown in India next year.

Stokes bowed out of the 50-over format in July with a parting shot at "unsustainable" workloads but England's Test captain once more demonstrated how central he is to their success at the T20 World Cup.

With Sunday's final against Pakistan in the balance, Stokes' unbeaten 52 off 49 balls got England home with five wickets and an over to spare as they became the first men's side to unify both ODI and T20 World Cup titles.

He was England's man of the moment in both finals but with fewer T20s to be played in the next year, Mott wants to lure Stokes back to the ODI set-up ahead of the next World Cup, starting in 11 months.

"When he spoke to me about his ODI retirement, one of the first things I said was that I'd back any decision he made," said Mott, who revealed he has not yet discussed the issue with Stokes.

"He didn't necessarily have to retire, he could just not play 50 overs for a while. I did say 'you could always unretire'. It's his decision. He'll do what's right for English cricket and he always has.

"It's going to be a World Cup year and we don't play much T20 cricket for a while but it will be a decision that's up to him. The more we can get him is great. He's a world-class player.

"He's doing an amazing job with the Test captaincy but he is a very big cog in the wheel when he comes back to white ball. I can't speak more highly of the way he's been around this group."

England's World Cup celebrations continued into the night, first at the MCG - as they were joined in the dressing room by several of the players' families after their win - and then back at their Melbourne hotel.

It is understood the revelry was relaxed and good-natured, with Mott having his head shaved after a wager with Sam Curran about England going all the way in the tournament - but there is a trade-off.

"The good thing about it is I get to dye his hair whatever colour I like," Mott said. "I'm still choosing at the moment." 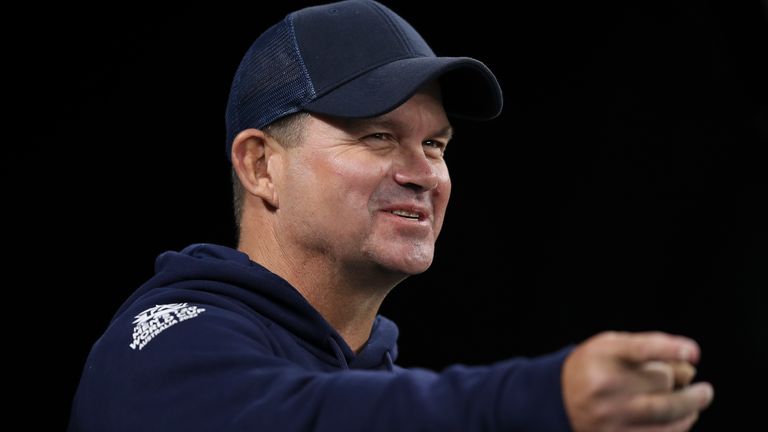 Matthew Mott says England want to become the greatest white-ball side ever after winning the T20 World Cup in Melbourne.

Mott is the second Australian to oversee England to victory at a global event after Trevor Bayliss in 2019 while this is the Queenslander's fourth World Cup success after three triumphs with Australia's women's side.

He has been assisted by another couple of Australians in Mike Hussey and David Saker, batting and bowling consultants respectively, and feels vindicated by their appointments.

"Players make coaches, coaches don't make players at this level," Mott said. "There's no doubt it was a real advantage in Australia to have some Australian coaches around.

"A lot of people just said I got my mates in to do the role. But both of those appointments were suggested by players within our group and had worked with both of them before." 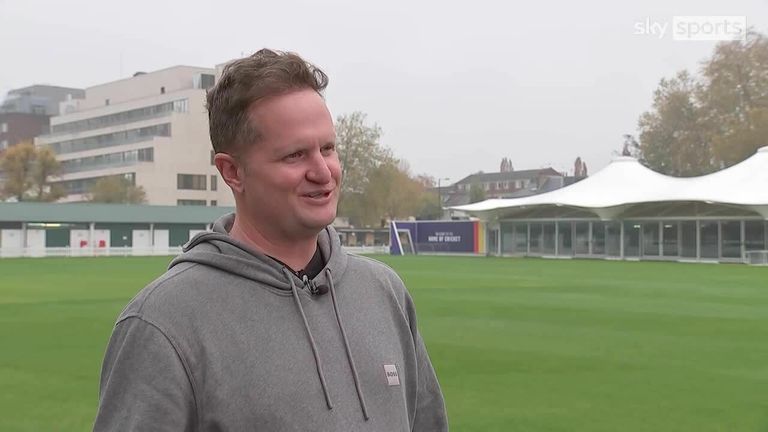 England's Managing Director Rob Key feels the side can go on to become one of the greatest white-ball sides ever following their T20 World Cup success.

While there was jubilation from the England players at their achievement, Mott had the likes of Reece Topley and Jonny Bairstow uppermost in his mind as they missed the tournament through freak injuries.

Bairstow broke his leg and dislocated his ankle in September when he slipped during a round of golf while Topley was ruled out four days before the tournament got under way after tripping on the boundary 'toblerones' and sustaining ligament damage to his left ankle.

"Reece Topley was a big part of our preparation for here," Mott added. "I was absolutely gutted for him, such an innocuous injury. Seeing him leave our group was hard.

"I must admit he was one of the first blokes I thought of (after England's win) - and Jonny as well.

"Those guys, it's hard for them when you prepare so much to do something like this, and they don't come round that often, to have to miss that opportunity is heartbreaking."

Watch England's tour of Pakistan live on Sky Sports. Live coverage of the opening Test begins on Thursday December 1 from 4.30am on Sky Sports Cricket.