The start of England's first Test vs Pakistan went ahead as planned on Thursday despite an outbreak of illness in the touring squad; watch game in Rawalpindi live on Sky Sports Cricket and Sky Sports Main Event on Thursday (4.30am on air ahead of a 5am start)

The first Test of England's tour of Pakistan went ahead as scheduled despite an outbreak of illness in the touring camp.

England's first Test in Pakistan for 17 years started on Thursday, live on Sky Sports, with the fifth and final day taking place on Monday if the contest goes the distance.

The illness, which is believed to be a bug or virus rather than Covid-19, affected approximately 13 to 14 members of the touring party, with around half of that number members of the playing squad, including captain Ben Stokes.

After talks between the England and Wales Cricket Board and Pakistan Cricket Board, a decision on when the match would start was delayed until Thursday morning.

England were forced to make one change to their originally named starting XI with all-rounder Will Jacks replacing his Surrey team-mate Ben Foakes, who was ruled out through illness.

He made his Test debut alongside Liam Livingstone while Ollie Pope deputised as wicketkeeper for the absent Foakes as England won the toss in Rawalpindi and elected to bat first.

Pakistan were able to name the same side as they had planned with four Test debutants in Saud Shakeel, Haris Rauf, Mohammad Ali and Zahid Mahmood. "The ECB has informed the PCB that they are in a position to field an XI, and, as such, the first Test will commence as per schedule today at the Rawalpindi Cricket Stadium," it said on Thursday morning.

An ECB spokesperson said on Wednesday that symptoms of the illness included vomiting, diarrhoea, chills and aches.

Harry Brook, Zak Crawley, Keaton Jennings, Ollie Pope and Joe Root reported for Wednesday's practice session at the stadium in Rawalpindi - taken by head coach Brendon McCullum - with the rest of the squad remaining at their Islamabad base.

Former captain Root said he had experienced symptoms on Tuesday but quickly recovered.

Livingstone told Sky Sports News Wednesday: "It was weird [on Tuesday], one by one the lads just sort of went, 'I don't feel too good' and went back to their room. I have been fine, touch wood.

"It's obviously not nice and I don't know what's going to happen but hopefully the lads can get over it. I think a good sign is that they are back eating." 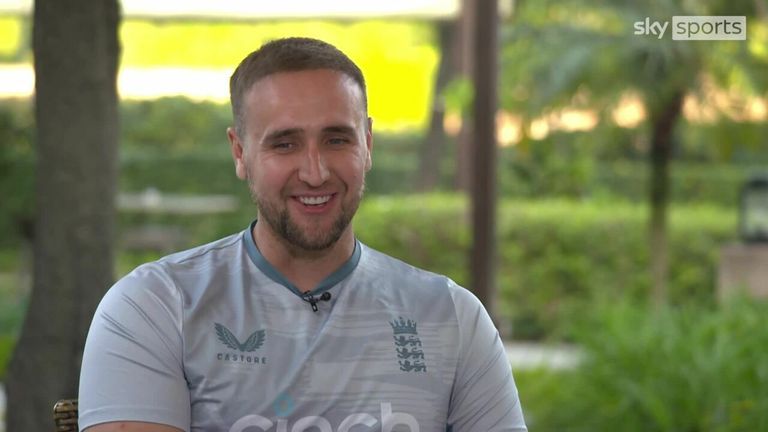 Rawalpindi is hosting the first contest of the England Test team's long-awaited return to Pakistan, with the three-match series then moving on to Multan (December 9-13), before concluding in Karachi (December 17-21).

Watch the first day of the first Test Rawalpindi live on Sky Sports Cricket and Sky Sports Main Event from 4.30am Thursday, play starts at 5am.