England head coach Trevor Bayliss does not expect Hashim Amla's resignation as captain to disrupt South Africa in the remaining two Tests of the series.

Amla stepped down immediately following the drawn second Test in Cape Town - in which he scored a double century - after 18 months in charge and will be replaced by AB de Villiers.

De Villiers' first job will be to end an eight-match winless streak and with England 1-0 up ahead of the third Test in Johannesburg, the temptation might be to see the Proteas as a team in turmoil.

But with Amla free to concentrate on his batting and De Villiers eager to prove his worth in the new role, Bayliss does not see it that way.

"I don't think it'll have too much of a difference with the South African team," he said.

"Obviously Amla will still be in the team and he's in form after scoring 200 runs so that may even free his mind up even more.

"They have an able replacement so there won't be any problems at all I'd have thought.

Amla decision will have been made in the best interest of the team and himself, says Nasser Hussain

"De Villiers is a guy with a lot of experience, has done the job before [in limited-overs cricket] and I just can't see too much of a problem."

England survived a wobble on the last day at Newlands to end a match that will be remembered for Ben Stokes' brilliant first innings in which the 24-year-old smashed 258 from 198 deliveries.

The left-hander was caught on the long-leg boundary on day five after a reckless shot, but Bayliss insists he will not look to curb his natural talent and exuberance. 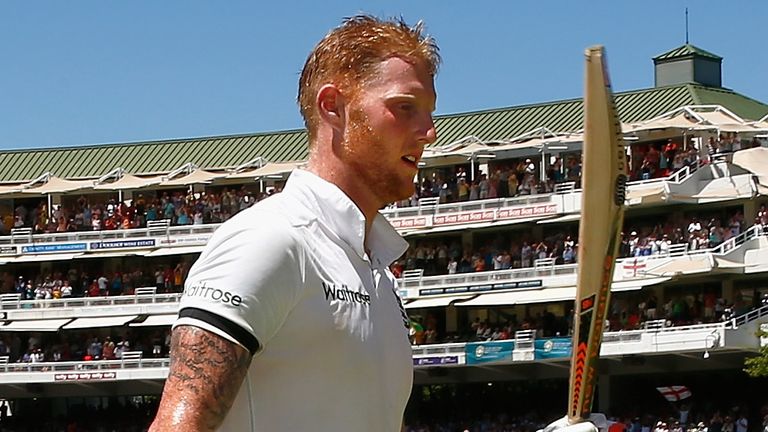 "As we saw in the second innings it was probably the right shot... maybe he didn't have to go after it as hard as there wasn't anyone fielding around the corner.

"So making the right decisions is an area that'll he learn going forward, but you don't want to stifle that sort of ability and he's going to be one of those players who can win a team a match and at different times he's going to disappoint as well, as all of those types of players in history have shown."

South Africa will be without Vernon Philander for the rest of the series with an ankle injury while team manager Dr Mohammad Moosajee said senior paceman Dale Steyn was "pretty much 50-50" for the third Test in Johannesburg having been ruled out in Cape Town with a shoulder strain.

Kyle Abbott has been passed fit but may find that one or both of Chris Morris and Kagiso Rabada have overtaken him in the pecking order.