Anderson exclusively tells Sky Sports: "To be as close to someone like Glenn McGrath as I am is still a bit surreal. For me, he is the greatest fast bowler that there has ever been." 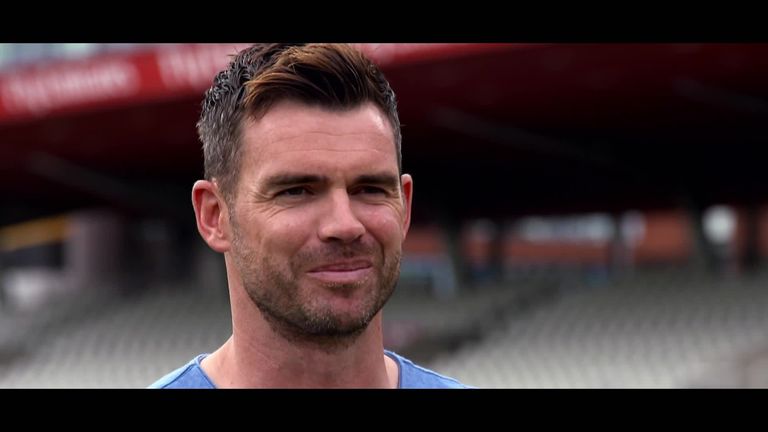 It is an hour since England announced their 13-man squad for the first Test against India. The fallout from Adil Rashid's surprise recall is in full flow on social media with fans and former players alike rushing to pass judgement, but if this is a selection that should have everyone in the English cricket community hot under the collar then somebody forgot to tell James Anderson.

England's record Test wicket-taker is a picture of calm and relaxation as he strolls across the Old Trafford pitch towards the old pavilion and the end named in his honour for this interview.

"Yeah, it's a bit of a surprise," he says, when asked about the leg-spinner's inclusion. "But seeing him bowling in white-ball cricket in recent times, he's one of the best spinners in the world and we obviously want the best XI Englishmen on that field playing Test cricket for England. So I imagine that's why he's been selected."

Others will debate what the selection means for county cricket and the potential knock-on effects, Anderson is happy to let them. After six weeks out, he's focused on his own comeback. Having come through a pair of outings for Lancashire, firstly in a second XI match and then the Championship defeat to Yorkshire last week, unscathed, he's ready to return to international action.

Anderson's break from competitive cricket has not only allowed him to rest his troublesome shoulder, he has also been able to prepare thoroughly for another gruelling five-Test series; a rarity given the hectic schedules in international cricket. 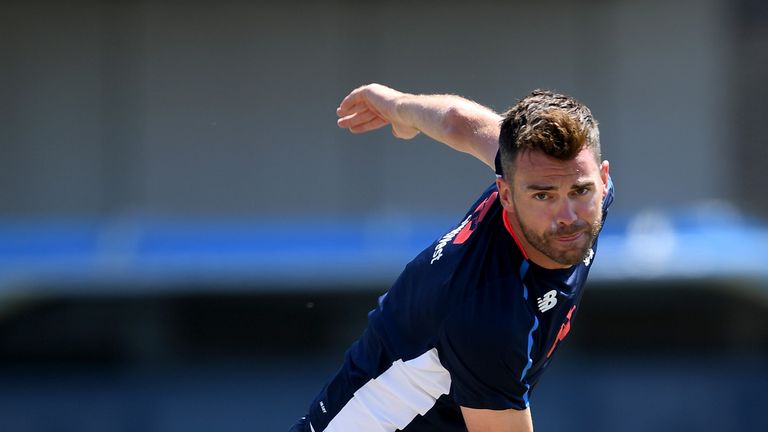 It’s as good as it’s been for a long time. I’ve been pain-free now for a while, I’ve played a couple of games and I’ve not felt anything so I’m really positive about how it’s feeling.

James Anderson on his shoulder problem

"It's been fortunate," he explains. "You don't get much time to have a pre-season, especially in the middle of the summer, to have a proper break and to build-up to five Test matches in six weeks.

"It's going to be pretty brutal so to have this time to concentrate on my fitness, get my shoulder right, I've done loads of bowling as well so I do feel in a really good place. I just hope that I'm in a good enough place to get through those five Test matches."

England will certainly hope so too, as they take on the world's No 1 ranked side having won just one of their last nine Tests. But suggestions that they may look to rest their fast bowlers at different stages during the series shows an awareness that they can't take it for granted.

Should he get through all five Tests though, there is every chance that Anderson could end the summer with more Test wickets than any seamer in the history of the game. The Lancastrian has 540 to his name and is just 23 shy of Glenn McGrath's record.

Personal milestones are of little consequence to him, Anderson says, but finding himself in the same company as a bowler of the class of McGrath is proving difficult to get his head around.

"To be as close to someone like Glenn McGrath as I am is still a bit surreal. For me, he is the greatest fast bowler that there has ever been. I'm just going to keep playing as well as I can and if I get there, I get there. It's neither here nor there to me at the moment, it might mean a bit more when I do finish playing."

If, as seems increasingly likely, Anderson ends his career as the leading Test wicket-taker among pace bowlers, he will have no shortage of highlights to look back on: countless batsmen dumbfounded as the ball hooped past them, magic deliveries aplenty and, to date, four Ashes victories to cherish.

However, Anderson is proof that the career progression of a professional sportsman is rarely linear. He can attest to the fact that bursting onto the international scene at 20 is no guarantee of a career at the highest level. For all that he has gone on to achieve since, Anderson could plausibly have found himself on the international scrapheap less than four years after his England debut in December 2002.

Initial success was followed by a combination of a loss form, confidence and injury that saw Anderson play just two Tests between September 2004 and November 2006 and he admits he questioned whether his chance had gone.

"Everyone gets doubts I think. I missed a summer through injury, a stress fracture, and you do begin to wonder. Six months can be quite a long time when you're out of sport and you obviously have doubts. My wife was amazing through that, she actually kept me going through that period so I've got a lot to be thankful to her for.

"Then you get dropped as well, you go through dips in form and obviously you get more doubts, 'will I get picked again?' but if you then get another opportunity, I think it makes you more determined to take it and try and stay in the team.

"That's what I've done, I've stayed pretty driven throughout my career. I got an early taste of international cricket so you kind of think, 'I can perform at this level' and it is just a case of ironing a few things out whether it is technical, mental or whatever and then, as I say, when you get that chance again you just have to try and take it."

However, trying to resolve a few technical issues contributed to Anderson watching, rather than participating in, the 2006 season. The decision to try and alter his bowling action was led by his coaches, Anderson agreed to it but rather than prevent injury, it may have helped cause it and it undoubtedly took away from the potency he possessed when he first broke through.

"I was quite young so I just listened to them, they said 'this is what you should do and this is why' and it all made sense to me and I thought, 'yeah, that's fair enough'. So I went to try and change it, it didn't work out for me and that's when I ended up with the stress fracture.

"Then it was my first ever coach, Mike Watkinson, and Kevin Shine at the ECB who said, 'we think you should go back to your old action' which I was delighted with. That made a huge difference to me, it gave me a lot of confidence back - I felt like I knew what I was doing!

"I'd made a quite a big technical change and I really did struggle with it to the point where I was thinking about the action during games, which is a horrible place to be. So it was a great thing to go back to the old action."

Anderson has since established himself as one of the world's leading bowlers and whether he surpasses McGrath or not, he must be considered one of the greats of the game, no matter how surreal that prospect may be to the man himself.

He's just turned 36 but his powers shown no signs of waning, he goes into the India series ranked the No 1 bowler in Test cricket and his battle with Virat Kohli, a bona fide superstar of the game, has cricket fans the world over licking their lips.

It was a one-sided contest when India last visited these shores, Anderson dismissing Kohli four times in just 50 balls with the now-India skipper failing to score a half-century in the series. But can Anderson take anything from his past success against Kohli?

"We've got to perform brilliantly, Kohli is an outstanding player, he just gets better and better every year. To be honest, they've got a brilliant batting line-up and we've got to be on top form to be able to beat them."

A relaxed and refreshed Anderson improves England's chances considerably but India know all too well that by the time the first ball goes down on Wednesday, there will be nothing friendly about England's talisman.

Watch the first Test between England and India from 10am, Wednesday on Sky Sports Cricket and Main Event.