England aiming for second title and first since 1998, while India looking to win back-to-back tournaments 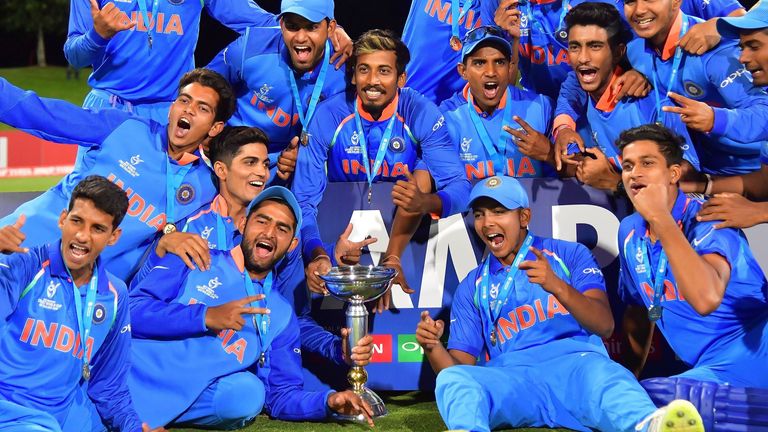 That will be the aim for captain George Balderson and his side over the next month in South Africa - the location of England's only previous Under-19 World Cup triumph, in 1998 under the captaincy of Owais Shah.

Balderson's boys begin their campaign against 2016 champions West Indies in Kimberley on Monday before further Group B games versus Australia (January 23) and Nigeria (January 25), also in Kimberley.

Plenty of games from the tournament will be shown live on Sky Sports - including England's first two matches - as India look to defend their title and 15 other sides try to take it from them.

The competition begins on Friday when hosts South Africa face Afghanistan, with 2018 finalists Australia and India up against West Indies and Sri Lanka respectively over the weekend. Click here for full listings

Friday, January 17: South Africa vs Afghanistan - 7.45am, Sky Sports Mix (channel 145) and via the red button on Sky Sports Cricket

Saturday, January 18: Australia vs West Indies - 7.45am, Sky Sports Mix (channel 145) and via the red button on Sky Sports Cricket

Watch the 2020 Under-19 World Cup live on Sky Sports from Friday.