South Africa will 'rev it up' to England's Jos Buttler after outburst, says Anrich Nortje

South Africa will "rev it up" when bowling to Jos Buttler in the third Test at Port Elizabeth, according to Proteas seamer Anrich Nortje.

England wicketkeeper Buttler was reprimanded after swearing at Vernon Philander during the tourists' series-levelling, 189-run win in Cape Town.

Nortje says that means the 29-year-old could face some hostile bowling at St George's Park.

"It definitely gets one or two guys going," Nortje said of Buttler's outburst at Newlands. "It's not really something you can say on a stump mic.

"That's for umpires and whoever to sort out but it does get the blood flowing, and once we identify a moment we will probably try and rev it up."

England's attack could receive an injection of pace with 90mph-plus seamers Jofra Archer and Mark Wood vying to replace the injured James Anderson, whose tour has been ended by a broken rib.

Wood is expected to play his first Test since February with Archer - who missed the second Test at Newlands with a sore elbow - bowling gingerly during two brief spells in practice on Wednesday.

"It's nice to have a few quicks in the series and the more there are, the better for cricket," said Nortje.

"It gets the energy up and the blood flowing. It's nice to see on the big screen where you are at [with your pace] but it's not a competition."

South Africa's pace unit could be bolstered by Dane Paterson, with skipper Faf du Plessis confirming the fast bowler is in contention to play.

However, Du Plessis says he does not know who the 30-year-old - uncapped at Test level but with 12 white-ball appearances for his country - would replace.

"We are considering the possibility of looking at someone like Pato (Paterson). We haven't decided on that yet," Du Plessis said on Wednesday.

"A big question we would need to answer is 'for who?'. If you do that you're going to have one less batter or spinner and there are merits to both. 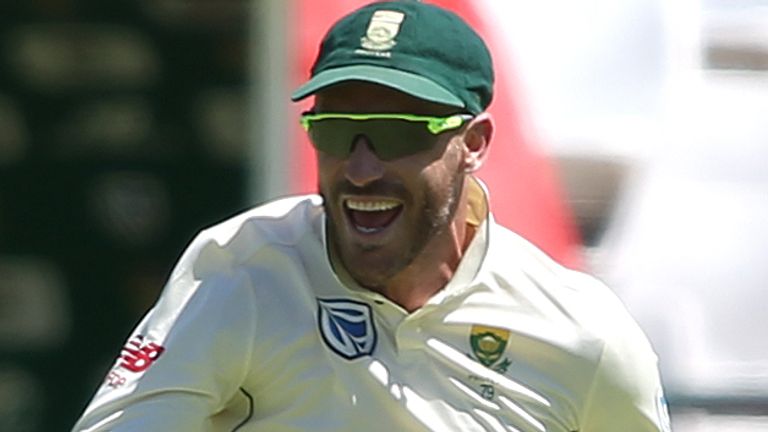 Both teams are similar. There are one or two guys not scoring as many runs as they would like to. We are very evenly matched at the moment.

"You need a spinner at St George's Park and you need a longer batting line-up, so it's not an easy decision. There are options on the table, all have positives and negatives.

"What do we need to get 20 wickets? If we feel what we have is enough [in the current bowling line-up], then that settles the argument."

Watch the third Test between South Africa and England, in Port Elizabeth, live from 7.30am on Thursday on Sky Sports Cricket.